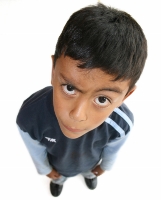 FL Legislators: Shame On You!
Summary

FL LEGISLATORS:  SHAME ON YOU!
The High Cost of a U.N. Education
Currently, there are 14 major cities accepting refugees in Florida:
Clearwater, Delray Beach, Doral, Jacksonville, Lauderdale Lakes, Miami, Naples, North Port, Orlando, Palm Springs, Pensacola, Riviera Beach, Tallahassee, Tampa
In addition, we have 4 sanctuary counties:  Miami-Dade, Broward, Palm Beach and Hillsborough. We have 6 radical Islamic charter schools and several UN Mini Global Schools.  Why am I paying to teach Communism and terrorism to Florida's children?
I was very happy to see Gov Scott refuse Syrian Refugees. But it would be naive to think that terrorists only come in through Syria. Right now, I have seen hundreds of American small businesses being closed due to insane over-regulation, then get turned over to immigrants, many Arab. Blocks in S. Florida are now Muslim outreach centers.
Every day, every imaginable criminal act is being preformed:  rape, theft, carjack, murder, etc. It is time to get off the Rubio, Jeb train of the open door policy. Florida increased its budget to accommodate these invaders. Time to stop.

I have attached the documents on Communist Core aka Florida Sunshine Standards. Florida education has remained flat for the last 30 years. We are in the bottom half of the country, mainly because our legislators signed a bill to get money without knowing what it meant.

All of it was laid out in Race to the Top

but no one read the bill.

Just like SB 864, which was nothing other than busy work.  Education in Florida only benefits the vendors. Especially the Muslim group (Saudis and friends of the Bush family) running the content of the texts produced by Pearson.  Modern History contains 36 pages of how wonderful Islam is, while 2 paragraphs reference Christianity and 3 reference Judaism.

Terrorist, oops, freedom fighter Bill Ayers is now a major contributor the AP CCS module. Do you really think this is a good idea? How much more money will be needed for education?

Science, Math and LA are all about UN sustainability lies, social justice, wealth redistribution, how bad God, the US and families are while promoting school to replace family, UN to replace US and government to replace God, because now children learn that the government grants rights.

In case you don't know, this is called Communism, and is against Florida Criminal Code 876.01, as well as the US Constitution.
Does any legislator ever look at any text?  or do you just rubber stamp the Communist FLDOEd?
I call them Communists, because they are following Communism.
Read the 45 Goals of Communism read into the US Congressional Record by FL Rep Herlong:
https://americanfreedomwatchradio.com/wp-content/uploads/2011/07/45GoalsOfCommu…
Now you can you can see how many goals the FLDOEd hit.
Teaching only one type of program is not teaching, it is called INDOCTRINATION.
No wonder why Florida's children can not read or write, they are busy worrying about feeling good and which gender they should be.
Was any policy maker in FLDoEd actually a teacher??? I doubt it.
I was told so many times last year,
"Karen we know this is bad but Jeb wants it."
Shame on you for destroying our children's future,
just for MONEY!!

Common Core, et al and all promoting its anti-American rhetoric, belong in the TRASH, and the promoters belong in jail. Promoting sexuality in grades K-12 should be considered a crime.  Yet this is called Florida Education. What a JOKE!
Maybe if we had some REAL education, businesses would come to Florida without being bribed. Education is one of the first items corporations look at.
Bill Gates partnered UNESCO with Microsoft and Jeb Bush partnered Florida with UNESCO.  Gates gave money, Bush gave the state and its future. Attached are copies of the partnership agreements.
Florida and Florida's children now "belong " to the UN as everything in this state follows the lie of Sustainability, which is nothing more than a program to redistribute wealth and steal private property.
How do I know they lie, because they tell us...
and I READ Agenda 21/2030.
Did you?
Here is today's TO DO LIST:
IN FLORIDA:
1. Contact legislators to repeal the  Red Light Camera Bill SB168/HB4027
2. Jeb Bush is responsible for switching the commissioner of Education from an ELECTED position - to an APPOINTED position. Rep Mayfield and Sen Garcia are attempting to repeal this and switch back to an elected position. an elected individual will be in line with the desires of Floridians seeking to eliminate Common Core aka Florida Sunshine State Standards. Tell your Representative and Senator to support Mayfield/Garcia.
In AMERICA:
1.  It is imperative to call your legislators and tell them NO WAY ESEA.
(See Charlotte's message below!!)
THE VOTE TAKES PLACE TOMORROW, DEC. 2ND!  STOP THIS DANGEROUS BILL, NOW!
2.  UN VP of CLIMATE, Christiana Figueres in Brussels, stated that the purpose of the environmental movement is to bankrupt the West. How much plainer can that be? Why is Florida following proven lies?
___________________________________________
Legislators ask me what I want. I want you to pay attention, do your job, protect the people, follow the laws of Florida and get this Communist program out of our agencies and schools. I want you to understand what Regionalism, Charter Schools, School to Work, and Sustainability programs are really all about.
I want you to get the Communist UN out of Florida That would be a great start.
In Liberty,