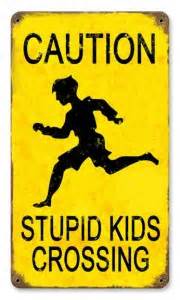 CCS: Stupid Is, as Stupid Does!
Summary

The government has all the answers. History has been altered, and school is nothing more than a Communist propaganda machine, demonizing any dissenter. STOP COMMON CORE...and the other Communist educational programs currently in our schools. It's TIME to return to an American education, like we once had, which made America the greatest country in the world!

During a speech at the federally-funded National Governor's Association of 1989, Shirley McCune from the McRel Foundation (under Pres Bush 41 and Gov Bill Clinton) - changed education in America forever, stating:

All education programs were to be changed every 4 years, according to the Education Code. The Federal Government was not supposed to be involved in Education. Education was parental, local and state led until...

Using grants and lots of money as prizes, the Federal Govt devised programs and schemes to force local governments into unconstitutional Communist school programs.  These programs made MILLIONAIRES out of businesses benefiting from the NEW Federal mandates.  Gates, Bush, Achieve, Kipp, Pearson, Ignite, Saudis...and anyone else working in the NEW Government-sanctioned programs...all benefitted!

As the Human Capital got Dumber and Dumber,

were asked for MORE and MORE Money.

School to Work = Goals2000 = Sustainable America = NCLB = Common Core. All programs were created from the same Marxist concept denouncing capitalism favoring collectivism.  Human Capital were taught to blame America, God and family and replace them with school and government.

Today, 87% of the graduates think it is the job of government to take care of them.

Today, responsibility and consequences, logic, reason, cognitive thinking, order, priority, destiny and excellence are replaced by choices selected by the government. The government has all the answers.  History has been altered, and school is nothing more than a Communist propaganda machine, demonizingany dissenter.

Race To The Top (RTTT) was a perfect diversion for the total takeover of American education by the Communists running the Department of Education.  Financially-strapped state Governors closed their eyes to the fine print in the grants, and signed onto Common Core Standards.  Part of the fine print includes an intrusive, probing 400-field questionnaire, now housed in a National Database, with unknown costs. Read about the database on the HSLDA (Home School Legal Defense Association) page:

The Dawning Database: Does the Common Core Lead to...

Common Core is the latest inferior education fad that dumbs the kids DOWN further, as we the taxpayers pay for industry training for our kids to go to work...not to have an Education for Life.  In 12 years, you will not recognize our children, or America!

The most startling fact behind Common Core's stated goals...is that it is AN UNPROVEN SYSTEM for what it seeks to achieve!  It does, however, dumb-down our kids and drain away our tax dollars, without a doubt.

You can find the inital report from the Carnegie Institute in the early 1900's.  This report has been the basis for our failed education system.

All programs are just a name-change, from this report.

STOP COMMON CORE...and the other Communist educational programs currently in our schools.  It's TIME to return to an American education, like we once had, which made America the greatest country in the world!

What can YOU do?  Say NO to grants, and take responsibility for the education in your community.  Run for office, especially your local school board - and support other individuals who think like you.  Call out all of the errors and propaganda. Better yet, whenever possible homeschool.

Like I said, I hope you have food and protection. This will get ugly.

Thank you, RINOS - NOT! - for helping the Marxists and Muslims stay in office...for many, many years to come.

How does YOUR candidate view Common Core?

1. SAY NO TO GRANTS...Take responsibility for the education in your community.  Run for your local school board, and support candidates that think like you do.  Homeschool when possible...network together with other homeschooling families.

3.  PREPARE!  Prepare your family, AND prepare to protect your family, your home. Buy freeze-dried food or MRE's, and protection...NOW!  You cannot depend on, OR trust - the Government!