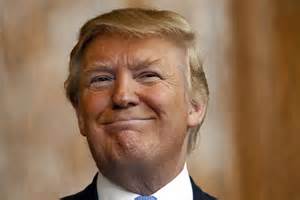 So much Trump news...so much information, WHAT do we believe?

So much Trump news...so much information, WHAT do we believe?

I was a liberal Dem...because that was the only way to get business and networking connections done.  No one knows better how awful the liberal policies are than someone who was part of that system.  We were lied to, yet we were believers - because that was how business was done. NYC is the biggest indoctrination clinic on the East Coast. The UN is always sending propaganda to the schools. Those liberals are Progressives.

Today, I am a conservative activist, basically because I know what Progressives do, how they do it and I know what it is.  When I first started out and called everything Communism, I was laughed at continually told I was not PC. So am I not a Conservative because I once was a Liberal?  People under 30's are liberal, but after 40 when you actually work and realize you really need to save for retirement, you are Conservative.  Why do we even need those labels?  We are all Americans.

Donald Trump is a businessman. His goal is to WIN. I believe he realizes that if America fails, he will fail along with it. He HATES to fail.  Would we not be better off hitching our wagon to a winner, rather than a loser?

Does it matter if he became a conservative?  He is on a mission to make America Great. Do we agree on all of the issues? Will you ever find a perfect candidate? I think not.

I would rather be riding on the coattails of a winner.

He believes that if U.S. Borders were closed, and entitlements to illegals were stopped most would LEAVE! (remember, self deport). If illegal criminals were deported, trade agreements were restructured, Common Core was gone, and business-killing regulations were eliminated in the economy...America will become b again.

Once America thrives, the American military will be b and all of the other issues will be easier to solve.

Trump opened the line of communication and woke the silent majority. He did something no one else ever did for years.

He energized the people.

He listened, analyzed, stuck his neck out, said his piece...

and didn't back down!

One thing we know, he will not lead from behind.

He is a very successful businessman.

To get to his spot, you sometimes make uncomfortable, hard decisions.

But at least he makes decisions.

You will learn that "The Donald"...

does not fit the standard mold!

Below are some videos about Trump.

As a private developer, he should ask for all that he can.  The corruption stems from the politicians who gave him what he asked for.  What better person to expose the corruption - than one who was part of the story?

This video shows you how Trump negotiates, how he feels about renewable energy and man made global warming.

I am glad Trump is running. He bought conversation to the table. Last week I went out to dinner with some friends. Our conversation is usually about anything but politics, but this time it was ALL about politics.  It was a stimulating conversation.

Trump rekindled the idea of the American Spirit while making candid speaking IN, and PC out. It is OK to talk about politics and religion. I don't love everything he says or does, but I believe he WILL help Make America Great Again.

His ego won't let him do anything else. The crowd in Mobile, AL was one of the most energized crowd at a political rally.  It was wonderful to see Americans shouting USA, USA! again.  Americans have the answers. We just need a LEADER. Donald Trump's passion and ability to lead provides the momentum TO MAKE AMERICA GREAT, AGAIN!

Donald Trump thinks outside the box. He is creative and gets a thrill out of problem- solving. Wow, is that refreshing!

Are his decisions correct? Not all of the time.  He has zeroed-in on America's serious problems.  He will solve them.  Will we like all of the solutions? I doubt it.  Will America have a wall?  Will the American economy thrive?  Will illegals stop getting America's jobs and entitlements?  Will trade deals be renegotiated or reneged on?  There is no way of knowing.

However, we do know that doing the same thing over again and expecting different results is insane.  Are you insane? Or are you willing to "Break the Mold", and do something different to achieve results?

BOYCOTT these businesses, DON'T BUY FROM THEM!

DON'T WATCH THEIR CHANNELS OR BUY THEIR PRODUCTS!

WHY ARE YOU SUPPORTING THEM???

From companies moving U.S. jobs outside of the States...to companies using aborted Fetal Cells in your food. There are a slew of NEW companies to add to the Boycott list!

Companies that have SOLD OUT the American People:

Call or email them, and tell them Our Statement - To Be Shared:

"Because of Your public and corporate stance, it is totally opposite of my American, Religious and Moral Beliefs!  It is because of this, that I will not patronize your Business any longer.  I will also be encouraging all my friends and family NOT to use your Products and Services any longer as well."

OBEY is the only thing that the Regime understands. So FEED THE BEAST NO MORE.