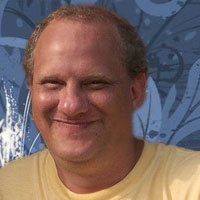 Scott Jordan has been researching for the past twenty five years.

He partnered in a project called Reaching Out which ran the spectrum from UFO, paranormal, to ancient mysteries. Recently he has looked into the controversial issues in vaccinations and the ingredients therein, has been tracking solar activity and has an ongoing interest in examining conspiracy theories.

Scott is married, with three children.