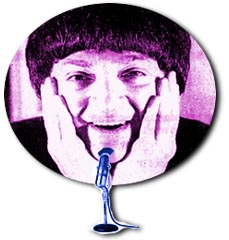 Full name:
Joe Who
Occupation:
Radio Talk Show Host, Psychic
Main website
Biography
http://joewho.com/index.php?src=news&srctype=lister&category=Who%20is%20Joe%20Who%3F Hello, My name is Joe Who. I am a psychic, or, more exactly, a voice natural direct sensitive. What that means is when I hear a person's voice, (live, on the phone, over the radio, or TV, it doesn't matter as long as it's not recorded) I can tell them things about themselves, their past, present and future. Sounds unbelievable? Can 20,000 people be wrong? I have been a psychic my whole life. As a child, I remember feeling the pain of other children when they were picked on by bullies. My mother would tell me, "Don't tell anyone what you can do, they'll make fun of you." (I also remember her chasing some men in black suits out of the yard with a broom after they came to the door saying they were from an "independent Education Department" and asking if they could take me down to their office for some "Testing," but that's a story for another day). In High School I was called "Joe the medium" and "matchmaker Joe" for my uncanny ability to perceive people's problems and to introduce compatible people to each other. However, my psychic insight took a back seat to more mundane things. I graduated, went to college and pursued the robotics engineering field. My psychic power stayed in the background, until, one day.... In 1985, working on a ladder, I fell. The fall resulted in 3 herniated discs in my back, and presto, I found myself laid up in bed. While recuperating, one night I was listening to Chuck Briton on WLS. He had lost something and was looking for "Street Psychics" to tell him what it was, and where it had gone. The prize for the correct caller won a pair of tickets to see Genesis. I liked Genesis, so I called. "He lost his sunglasses," I said. "Well he always loses those that's not a good guess" came the reply. "Then the only other thing it could be, is something he really didn't lose, not in the normal sense," I countered. "Which is...?" "A gold cap-he swallowed a gold cap, he didn't really lose it, it's just been accidentally swallowed. There was a long silence, then, "Who is this?" "Exactly!" "Huh?-Hey you must know Chuck!" "Never met him" I replied. "Can you come down here, Chuck wants to talk to you." A week later I was on the Chuck Briton show, and a week after that I had a 1 year contract to do one night a week on WLS. Since then I have been on WMAQ, WLUP, WMVP, WKKD, WAIT, WCKG, WYPA, WMKB, and the list goes on and on with radio appearances world wide giving intuitive help to thousands and thousands of people, not to mention my own radio show. The boxes of letters thanking me and telling me how right I've been fills a closet, and in over 30 years of doing this, I have only received 3 negative letters.