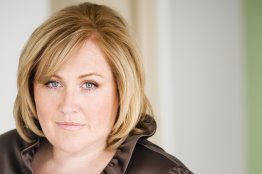 Full name:
Genie O'Malley
Occupation:
Radio Talk Show Host, Professional Speaker, Author, Entrepreneur
Main website
Biography
Biography from: http://www.clearmindhealthyplanet.org/ Leading emotional-wellness advocate, professional speaker, author, and entrepreneur Genie O’Malley has gone a long way in 17 years. She has traveled from the rainforest of her native Australia to Wall Street, building her company, the Living Breath Project, from the ground-up through years of market tests, product development and eventually taking her company public. Today the Living Breath Project is launching with its first global mission: eradicating drug addiction worldwide. In the 17 years since Genie emerged from the rainforest determined to help others find their own self-love, she has worked tirelessly to bring her groundbreaking emotional wellness products to the world. From conducting various market tests, to enduring product black-outs, to battling detractors, Genie has kept her eye on the overall goal—launching the Living Breath Project’s products to service those most in need of help. As the founder and CEO of the Living Breath Project, Genie has taken her admirable drive to successfully launch the company one step further by taking the company public. That’s a rare feat for a self-“self-help” company, let alone a woman-owned business. Through Genie’s heroic leadership, her passionate team anticipates the Living Breath Project will reach additional impressive landmarks as its mission expands across the globe. And they will be by her side, pushing to ensure all have the opportunity to heal from the pain of drug addiction. Genie O’Malley is the pioneer of the Living Breath Process and today serves as the Living Breath Project’s founder and CEO. Genie knows the tragic effects of self-hate and negative emotions first-hand. She was a victim of rape and sexual abuse as a child, which resulted in crippling depression, drug addiction, and attempted suicide. In a final effort to save herself at the age of 27, she entered and spent nine months in the rainforest of her native Australia where she conquered the devastating experience of her background by developing her unique breathing techniques that harmonized the seven key emotions and awakened her to the extraordinary power of breath to heal her life. ﻿Since then, Genie has spent the last 17 years researching and refining the Living Breath technique and business model into one that is able to take on the global initiatives set forth by Genie. In that time, Genie has gained the respect and support of the medical community, corporations, the beauty industry, media, state agencies, support organizations and her 200,000-plus participants in the program. So far in the Living Breath Project’s lifespan, Genie has provided and introduced the Living Breath Process to more than 200,000 participants and has personally evaluated more than 50,000 participants. In 2001, Genie brought her mission of healing to the United States, where she wrote her critically acclaimed book, Complete Earthly Woman. Described as “an inspiration and guide to self-empowerment and self-mastery,” Complete Earthly Woman gives women the tools to experience genuine, joyful, and abundant self-love through conscious breathing. In total, Genie has written and published more than six books, and has appeared on more than 70 radio shows, multiple print media, and television networks, including HBO. Genie’s for-profit and non-profit work has been bestowed with several awards, including the New York Women’s Agenda’s Rising Star Award— alongside leaders such as Victor Ganzi, Roz Abrams, and actress Holly Hunter. She has also been recognized by the Eleanor Guggenheim Foundation for her non-profit initiative, Clear Mind Health Planet (FKA Movement of the Heart).​ The Living Breath Project is one of only a hand-full of women-owned businesses to go public when it began trading on the OTC markets in October 2012 under the stock symbol DMAX.