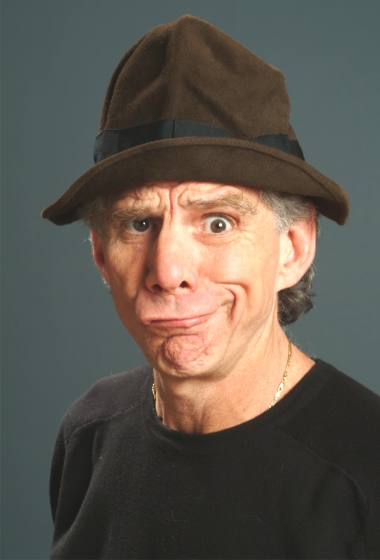 Errol Strider has been an actor,  dancer, poet and playwright, apartment house manager in San Francisco and president of the AEPi pledge class at the University of Missouri.

He was secretary to a Lady Presbyterian Minister at the International  Museum of EroticArt.

He danced a week at the Yiddish American VAudeville Theater in Miami beach, Florida.

He danced the part or Jesus for the Franciscan Sisters of the Perpetual Adoration.

Taught acting, dance and theater history at the U. of Miami

Was artistic  director of 3 theater companies.

Was featured on "Wait Wait Don't Tell Me" for covering his genitals with a fanny pack.

Nine years living at a clothing optional retreat in Northern CA so he didn't have to decide what to wear everyday.

Went to 2 women's colleges, but was only thrown out of one of them because of a sex scandal.

Has written and performed many philosophical, satirical and metaphysical sketches and performed them for thousands of people from a wide variety of groups.

Co-write and co-starred in the national tour of "Family Baggage"-a recovery show.

Spent nine years as a hypnotherapist traveling the country doing seminars for people to lose weight and quit smoking.

Has been married to the most esteemed and gorgeous Rochelle Strider for 45 years who considers him a bonafide idiot savant.(but who's counting)

Though tempted, steadfastly refuses to take himself seriously...even when he's depressed

Has cultivated a dynamic faith.

Lived so far out of the spiritual box that his Jewish mother said, "please, just be an actor."

Had his mid-life crisis at age 23 when he was in an intimate relationship with a woman who was 15 years his senior and who had 5 boys from a previous marriage.

Worked at a mental health ward in Marin County--where he felt really at home...

"Insight out...The Naked Truth"
A conversation about the Human Condition
and what to make of it
With Errol & Rochelle Strider

Drawing on a variety of teachings from various traditions of spirituality, psychology, philosophy and revelation, Errol and Rochelle present ideas and ideals in a way that makes them accessible, relevant, funny and poignant.

The purpose of "Insight Out--the Naked Truth" is to help you (en)lighten your life by getting to the core of any issue that concerns you (issues that frustrate, confuse, bug, disturb you or just boggle the mind--hence "The Naked Truth")

So much of the troubles and suffering in our world come from limited perspectives, un-challenged beliefs and assumptions and last but not least, taking ourselves way to seriously. Many humans struggle unnecessarily because the context in which we attempt to understand our lives, establish values and make decisions is conditioned by ignorance, fear and confused thinking.

Please join us and participate in the conversation.