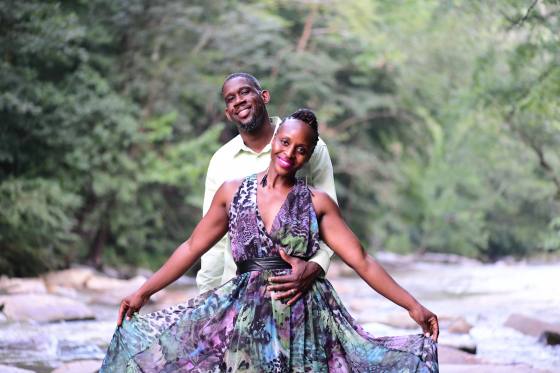 Dewan Shelton Greene, Sr. (native of Houston, Texas), a loving husband and dedicated father, is a transformed man of God that has hopes to transform the World.

He was raised by very “stiff Baptist” grandparents and a very streetwise mother. Being versed in both worlds, has groomed him into someone, he describes as a having a “G” Mentality. That is someone who is governed by our Heavenly Father, the Most High God. One who also has gentleman-like qualities and exemplifies the compassion of Jesus Christ. And because of his previous life as a worldly “gangster”, NOW knows the importance and true power of fighting Spiritually. Through the power of discernment, one can decipher carnal threats, which may require carnal weaponry and Spiritual threats, which require Spiritual weaponry.

After attending the University of Houston, he started his career in Telecommunications and that has spanned out with nearly 20 years of experience. That very field led him to serve his country for nearly 10 years while supporting Operation Iraqi Freedom (Iraq) and Operation Enduring Freedom (Afghanistan). Immersed in different cultures while traveling and staying in many other countries, has given a great knowledge base and insight of the history of this world and it’s people.

Dewan has decided to make a stand to inform, educate, and convict (NOT JUDGE) the people of this world that call themselves Christians. After experiencing several near death events, his faith has been strengthened more than ever. As a “street affiliated” individual and many other “ex” things associated with this treacherous world, he is more than qualified to speak on the things which plague this world.

Edricka Greene is a native of Augusta, GA.  She was raised in the Baptist Church and has a heart for Christ.  Her love for Jesus Christ has kept her and saved her from a life of sin. She is a born again believer and it is exemplified in her fitness ministry.  She became active in Health and Fitness at a very early age; participating in various sports and always feeling the need to keep her "temple" healthy, while encouraging others to do the same.  Edricka earned a Bachelor of Science Degree in Exercise Science from Georgia State University (2002).  Shortly after graduation, Edricka was called to duty with her U.S. Army Reserves unit.  She served in Kuwait and Iraq during Operation Iraqi Freedom (OIF - 2003); during her deployment she helped to maintain a fitness regimen for her fellow soldiers, which also served to increase morale.  After completing her deployment, she decided to return to Iraq and Afghanistan as a civilian contractor (2003-2013); where she continued providing health and fitness knowledge to both civilian and military personnel.  Upon returning from overseas, she served as the Health Awareness Ministry Leader at her church. During her tenure, she transformed many lives within her church and community through health and fitness as it pertains to the Word of God.  She currently works in the medical field, where she strives to continue making a positive impact in the lives of others.

Edricka encourages people to keep their temple strong and ready for all that God requires us to do on this earth.  “Our human body houses the Holy Spirit and we should want to provide it with 5+ Star Accommodations!” She believes that exercise enhances every aspect of physical and mental well-being. She strives to encourage, support, and challenge people to feel strong and confident!  Fitness is the cornerstone to overall health and wellness and that getting fit is the first step to a new and healthy lifestyle.  A healthy lifestyle goes beyond the physical aspect, it encompasses a positive change to your "MIND, BODY, & SPIRIT"!

1 Corinthians 6:19-20 (KJV) - Do you not know that your bodies are temples of the Holy Spirit, who is in you, whom you have received from God? You are not your own; you were bought at a price. Therefore honor God with your bodies. 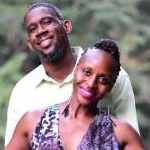 Welcome to “The Greene House Effect Christian Show”.  A greenhouse is equipped to optimize conditions for growth.  We are the Greene Family, we developed this show to use what God has equipped us with, the Word of God, to cultivate the people of God!

As Christians, we will be tested by consistent changes of this world. Rather than be consumed by the world, we overcome by developing the mindset of Jesus Christ. The more we know…the more we grow!

In the Greene House we will discuss topics that some people may not agree with or feel comfortable addressing; however as in gardening, the foulest smelling fertilizer (manure) yields the most bountiful, beautiful crops. Be prepared for in depth conversations concerning health, social awareness, historical and current events, Christian music crossing several genres with insightful commentary, and also special guests.

This world has entered into another season closer to the coming of our Savior, Jesus the Christ. Did you know that there are after school Satan clubs in elementary schools? Did you know that there are several television shows glorifying Lucifer? There is a culture of death being promoted in so much mainstream music. Christian values are being attacked on every level. Matthew 10:33 says, “But whosoever shall deny Me before men, him will I also deny before My Father who is in Heaven.”

It is with that sense of awareness and discernment, that we have been motivated and convicted by God’s Holy Spirit to take a stand. There appears to be a climate where many of our brothers and sisters are choosing to be politically correct instead of standing firm and showing this world, Spiritual correctness. If God instructs us to do something, our very movement is the obedience that God requires and deserves. We must stand planted in the Word of God and not conform to this world. Instead we should be unapologetic about our Christianity. Our values come from the Biblical principles that should govern our lives.

Ephesians 6:12 states, “For we wrestle not against flesh and blood, but against principalities, against powers, against the rulers of the darkness of this world, against spiritual wickedness in high places.” This is spiritual warfare being played out not only in the Heavenly realm but also through vessels of flesh, here on Earth. Satan has his army and the Most High has his very own. In this war, God is our commander in chief. So let’s get versed up and ready for battle by doing the work. Please continue to join, follow, and support us, as we connect the dots and “peel back the onion” while exposing the enemy and his tactics.