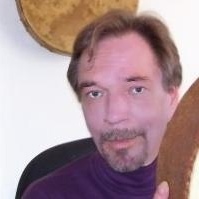 Full name:
Denis Joseph Jestadt "D.J."
Occupation:
Radio Talk Show Host, Actor & Performer, Creator of Love Radio Records
Main website
Biography
Denis Joseph Jestadt (D.J.) was born in London, England, and at a few months of age, his parents moved the family to Regina Saskatchewan where he spent most of his childhood and teen years. He loved to sing in the choir, act in plays, and create his own unique productions. During high school he was elected to the school board. As Drama Director he created, through Improv, various Stage and Television Drama, Comedy and Musical Productions. Total freedom of expression was already part of him at a very young age. At age twenty-one, he graduated from the National Theatre School of Canada in Montreal. He performed with Regional theatres including the Stratford Festival, and moved to Toronto to expand in this career area. In the beginning stages, he performed, composed and recorded music with Anne Murray’s production team, “The Mad Folk”, “The Mole Basement Band”, and “The Answer”, as well as performing solo. D.J. became the founder and performer of the Improv group “First Edition”, and later created his own Record Company “Love Radio Records”. Throughout those years D.J. studied and taught a number of philosophical and spiritual practices, and still found the time to father and raise his three children. D.J. is a musician, teacher of the Sound of Creation, and actively involved in teaching the sacred power of sound and voice, throughout the drumming communities, and is currently living his dream through his recording studio ventures! visit www.cdbaby.com/cd/dreampath The Creation of DreamPath: Phase 1: We felt the need to create a space where all could gather and share their dreams in total freedom, and connect with other like-minded people. DreamPath has one mission – that of co-creating Heaven on Earth, one step at a time, or at the speed of light, your choice. In the past, we have been held back from the realization of our own "Truth", by the influx of cleverly placed decoys and side paths in life. These speed bumps in life hindered the immaculate functioning of the only law that has ever measured up to anything in a universe that is in a constant state of creation: .... The "Law of Attraction" and How It Works in the "New Energy" .... The tapestry is created with the waves of change, and our pathways open up to our core hearts’ desire, allowing spirit to enter and align with every part of us in the creative process. Open and Flow through the Gates of Mastery. Miracles can, and do happen. "One such miracle in our lives was being divinely led to BBS Radio and talking to one the founders Don Newsom. We knew without a doubt we had to be an integral part of this fast growing enigma." Phase 2: The "knower" in us knows everyone out there is "writing" their own history, and that there are so many untold chapters that belong in this book. This is the essence of our program DreamPath on BBS Late Night Radio ....Allowing...the Acceptance of others "to be", to express without judgement, and taking control of our own domain as well. We invite all of you to join with us on a journey, one unique and profound, that will open up your eyes to areas of creativity that you never imagined were possible. Welcome to the birth of new ideas. DreamPath: birthing new creativity in every moment and manifesting into physical realities. The dreams we hold dear to us are very real! Dreams are the core essence of who we are. A "New Dawn" has indeed arrived! May yours be divinely guided. Phase 3: The universe will provide us with the details We will be posting on this site our list of future scheduled guests. If you have written a book, or discovered a world that you would love to share, (here's your chance, give us your voice), or if you would like to become one of our sponsors, and have your personal advertisement run during the show, we would love to assist you.