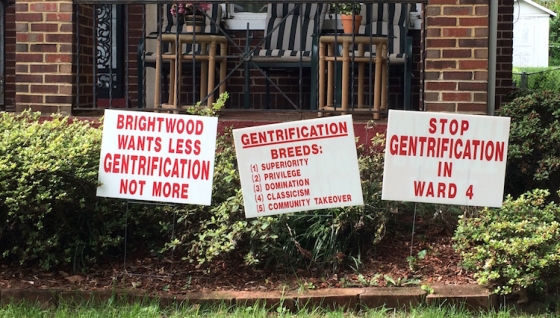 The first hour will focus on gentrification and its devastating effects on our neighborhoods in a show titled - Gentrification - SEGREGATION, PUBLIC EDUCATION, AND THE NEOLIBERAL CITY.

Joining Dr. Miller for this first hour will be Dr. Mark Naison. The show will highlight and connect the dots and expose the central role that gentrification plays in the neoliberal driven war on public education.

The second hour Dr. Miller will revisit the newest wave of school reform known as "personalized learning" in a show titled - PERSONALIZED LEARNING, TECHNOLOGY, AND THE MACHIAVELLIAN AGENDA.

The second hour will argue that competency, proficiency-based, and/or personalized learning are Trojan horses for the Machiavellian agenda end game. They are the tools that will be used to remake humanity into the economic man/woman of the future. This evil agenda is starting with our children and must be stopped.

Please listen this Sunday and join the war against public education. Knowledge is Power.