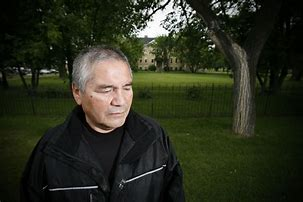 The Roman Emperor is Made in China:

The Sunday July 31 on Here We Stand: The Voice of the Republic

If you are a Canadian taxpayer, you footed a bill of $64 million this past week to help rape and murder children, and sell out your country to China.

That’s the amount of money that Canada gave to the world's richest corporation, the Vatican, for the nauseating visit of Jorge Bergoglio, a convicted criminal who calls himself a “pope” and who calls killers of indigenous children “saints”.

But that’s just a drop in the bucket. Last year, Canada secretly gave the blood-soaked Vatican Bank an estimated $689 million as part of its clandestine “financial concordat” with Rome.  Over a hundred other countries also help to illegally fund the world's oldest and most murderous criminal society that calls itself a church.

By funding Bergoglio’s trip and subsidizing the Vatican, you’re guilty of a crime against humanity.

But you can undo your wrong and your complicity in genocide.

Tune in this Sunday July 31 and find out how – and learn startling new evidence of Rome’s involvement in Chinese organ harvesting and trafficking, including on Canada’s west coast!

And stand by for an important broadcast this Monday, August 1, to be posted at www.murderbydecree.com under ITCCS Updates!

Here We Stand: Arming the People with more than just information!