Subscribe to a "Talk Show" and listen to all that "Talk Show's" programs (archives)! Each "Talk Show" requires a small subscription! Plans are $2.99/mo, however, other plans are available, but they do not offer any greater benefit to the subscriber (paying more is greatly appreciated)! Show download links are visible to subscribers!

If you want access to a restricted show's archives (Podcasts, VOD's, AOD's), play buttons and download links, you must become a subscriber to that "Talk Show's" program.

Many of the "Talk Show's" listed on the live broadcast Schedules for Station 1 and Station 2 can be watched and/or listened to for free, because the hosts do not require a subscription plan.

All "Talk Shows" no longer listed on the live broadcast Schedules require a subscription plan.

If you require any assistance call 888-710-8061 or email contact@bbsradio.com

Deborah Levine Herman is a writer and literary agent. She is a contributing editor to the Industry Opus written by her husband and partner Jeff Herman, The Writer's Guide to Book Editors, Publishers, and Literary Agents and coauthored Write the Perfect Proposal and You Can Make It Big Writing Books.

Want to publish your book? Learn how; it's easier than you think! Charismatic authors and literary agents Jeff Herman and Deborah Levine Herman have successfully sold hundreds of titles and learned

Soccer Radio is the first soccer talk show dedicated on the happenings about youth soccer in Southern California. Covering local clubs, teams, coaches and players with top notch information and broadcasting. The weekly show is owned and trademarked by Lucky Bum Productions an entertainment company based out of the San Fernando Valley.

The Primary objectives of this broadcast are: To ELIMINATE the fearful and superstitious attitudes that many peple have towards Astrology and related "Metaphysical" teachings by providing information on the constructive uses of these ancient sciences. And to demonstrate the practical value of Astrology and Numerology by giving on air callers FREE mini readings of their personal Astro-numerica energy profiles.

Signs and Seasons is broken down into two parts:

PART 1: is dedicated to disseminat

Ship to Shore with Silverman

"Talk Radio Advocate" Francine Silverman is an author/publicist and radio host who honed her writing skills as a newspaper reporter and freelance writer.

Her latest book is Talk Radio Wants You: An Intimate Guide to 700 Shows and How to Get Invited (McFarland & Co. 2009), a National "Best Books 2009" award winner in the Business: Reference category. The book contains everything a potential guest needs to know before contacting a host, including the theme of the show and guest criteria.

Connecting with the afterlife has become one of the paramount landmarks of the New Century, and an integral part of this movement is Psychic Medium Rita Moore. For many years, Rita has helped hundreds of people communicate with departed loved ones, unlocking the healing power of coming to terms with death and resolving lingering conflicts. Relaying messages from deceased loved ones is but one way Rita expresses her compassion for humanity. "Grief is such a personal and individual process that no

Reverend Rich presently exists in this earthly form to positively represent and to re-present the Infinite, Unconditional, Love of Spirit for all, in all, through all and for all.

Originally from the heavens, when asked by INFINITE LOVE where he would prefer to enter the earth realm, Reverend Rich choice was Nassau, capitol city in the beautiful Bahamas.

1996 - Flower of Life Facilitator trained by Drunvalo Melchizadek to teach the Merkaba Meditation, the Sacred Geometry of the Flower of Life and other

Reconnecting With Your Source

Discover your life's path & purpose. Clear illusory influences present in your Soul Memory that are preventing you from aligning with your highest truth.

Laleh Améri is an intuitive coach, psychic consultant and teacher.

She has studied energy therapy (a body of techniques designed to heal through the balancing of energy meridians) such as EFT and TAT, Hypnotherapy and subconscious programming (BSFF, Zpoint) and has integrated most of them to her current practice.

She came across So

Psychic Therapist Show - your weekly radio show hosted by Evie Kane, the psychic psychotherapist. Connected to both worlds of psychology and spirit, Evie brings to you the combined experience of being both a classically-trained psychotherapist and a lifelong psychic. Her light-hearted nature, wisdom, and deep respect for each individual have earned her the reputation for being a masterful therapist, coach, and teacher.

Each week, Evie will take your calls and assist you in working through wha

Live from Melbourne, Australia, Rhoderick Gates hosts BBS political talk show the People’s Question Time. A radio talk show where you and he raise and discuss domestic and global issues that concern you and the world.

People in Fur Coats with Jahala Jackson on BBS Radio!

John was diagnosed with Melanoma Cancer IV, had surgery to remove 10 metasticized tumors, but afterwards was informed by his Oncologist M.D. that there was little or no hope for recovery- since Chemo and Radiation Therapy do not work on Melanoma, John felt like he was facing immediate death in the next few months. However under the guidance of a Holistic Nutri

One of a Kind Psychic Medium

Mugzzi is a Clairvoyant, Psychic, and Medium. She highlights paths that can be taken and warns of perils. She can also see health issues, troubled waters and generally sees a larger picture of one's life. One thing should be noted; Mugzzi always works in the light and subscribe to NO gimmicks, phonies or scams.

A little more about her abilities, she has had them since birth. Her mother always knew there was something "different" about her. She could predict things prior to them happening. The mo

Want to publish your book? Learn how; it's easier than you think! Charismatic authors and literary agents Jeff Herman and Deborah Levine Herman have successfully sold hundreds of titles and learned "through trial and error" how to write a flawless book proposal that publishers can't resist. Now you can benefit from their hard work and publishing savvy. In this new edition, they offer guidance and advice that will inspire, educate, and, most importantly, give you the necessary edge to get your book p

It’s about Showbiz! Read the back cover of my book that I have written and published entitled “From Movie City To Music City USA” (My Journey Through Showbiz And How It Works).

Don grew up on an orchard on the Yakima Indian Reservation.

At the age of nine Don felt the call of God on his young life.

In high school Don was responsible for interfaith understanding by having led groups going to other faith worship at a Buddhist Temple and Jewish synagogue besides receiving the number one Black Pastor of Yakima to speak to his church and being invited to speak in his church.

... to spend the remainder of time on this planet bridging.

Judith Conrad is a practical (Bottom Line) Intuitive. She always knew she was unique. On May 5, 1984, Judith attended her first Intuitive Development Class.

It was love at first sight, sound and feeling. It was as if she had come home. Now you must understand that Judith was a German and Spanish Teacher at a large high school very prac

Money, Sex, Power: What's Your Karma? The Psychic Show That Talks To The Living - which is based on everyday people with everyday problems - why do they do the things they do and how can they fix it. Every Friday, 9AM - 10AM PST hosted by clairvoyant and author, Lilith Dove. LIVE call-in Karma Readings

Steve Otero has an encyclopedic knowledge of all things sexual. He recalls the details and dialogues from sex interviews on defunct shows like "Real Personal" and "Naked New York." And he has his finger on the pulse of the latest sex research. If it's sex and it's news, Steve has it before anyone else does

Modified Perceptions is the internet radio talk show for MODWorld. MODWorld represents a unified movement that seeks to establish a new era in the world by helping to break down socioeconomic barriers which are prevalent today between people who live as modified individuals and mainstream society.

We, the modified community are a caring people often seen by mainstream society in a light that is based on myth and misunderstanding leading to a thwarted perception of who we are as people. 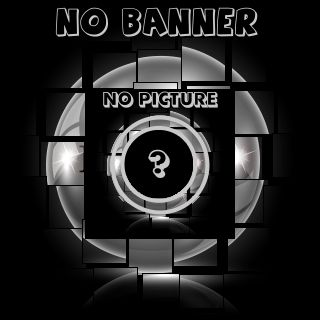 It's horrendous how these are created, 2 fetuses and a 15 year old girl must die to create 1 gray.

I am a victim of MKULTRA CIA mind control since 1963 at age 5 by then Ranger Maj. Creel Helton who was the first guy to go out with a knife all night long in the Korean war.

Join me mervo for a spoon-bending psychic debunking, Akashic Record journey, crystal energy brain stimulation tips and the serialized radio play The Story which compares and contrasts two families separated by the illusion of a chasm of time.

Learn how to amaze your friends and bend a spoon or, better still, learn how it works and the staggering physics this so-called phenomenon reveals.

Learn why TV spoon benders are part of a massive coverup of the truth. They are no more psychic than yo 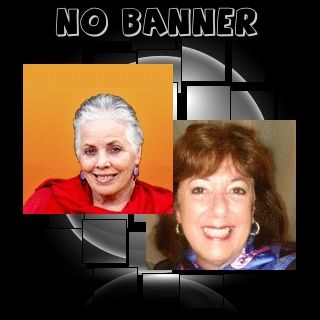 Are You Facing Real Problems in Your Life? Your Money? Your Relationship? Your Career? Your Spirituality? Your Health?

I have Real Solutions for you! Get help Now with the Challenges you are facing.

As always your information is priceless and you have helped me greatly. I am listening to and practicing using my intuition.