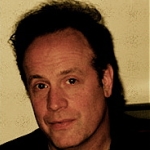 At age 6, Dennis began studying classical piano with Margaret Heller an Alumni teacher from The Cleveland Institute of Music.

When Kuprevicious became the head of the piano department at Cleveland State University. Dennis followed and also majored in musical theory with Dr Heywood Alexander.

Aside from his classical piano , at the age of 24 Dennis signed his first recording contract with Scotti Bros. / CBS records for the rock album “Beau Coup” for which Dennis wrote all songs and lyrics.

Two years later, after struggling with the record label, Dennis and Beau Coup signed another recording contract with Amherst / A&M records. It was under this label that “Beau Coup” released the album “Born and Raised on Rock and Roll”. This album proved a great success. Other than the song “Hold on Me”, Dennis wrote all of the songs and lyrics for the album. The song “Sweet Rachel”, reached the mid 50’s of the “Billboard Hot 100” singles chart and received much radio and video play all over the world including MTV. Songs “Still in my Heart”, “Somewhere Out in the Night” and “Born and Raised on Rock and Roll” were all picked by Billboard as “Hot Picks”. After the band officially disbanded, Dennis went on to open his own, very successful piano studio where he teaches more than 35 students weekly.