How To NOT Get Screwed by Anybody Anytime Anywhere - August 3, 2011

Talk Show
How to Not Get Screwed
Show Host
John Lionson 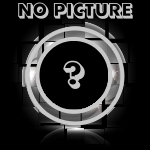 This is a show of talk, NO music…NO music in the background, the foreground, the ground next door, and at the front or back of the show – NO BLOODY MUSIC. Talk shows are talk shows, music shows are music shows! Never the twain should meet!

This is a show which will first present, on any topic, a negative perspective of what not to do, so as to not get screwed.

Then, it will present the a positive perspective, using simple, ez to understand, plain language, metaphoric, logically sequenced steps on what the listener actually needs to do (WHAT & WHEN & HOW) in order to accomplish their respective goals for a better their life.

We will not be discussing conservative/small government,/minimum tax/no welfare left brain dominant republicans nor liberal/big government/maximum tax/lottsa welfare right brain dominant democrats – they both will spend you into oblivion and remove all of your rights…the dems will just be faster at it, but not by much!

This will be “soft shock” radio….

Hard hitting, straight, in your face talk with a little tongue in cheek (whose cheek and which cheek will be discussed later)..

However, if you don’t care (and I certainly don’t), let me quote my spouse re me - “He’s tactless, garrulous, opinionated, and way too intense…but the worst thing is, he’s usually right!”

The bottom line is that YOU shouldn’t care about me, YOU should care about YOU. That is what the show is about – WHAT is good for you, not me!