Former Auto Detailer for the Seattle Seahawks, and now Sports Radio Host on JustinandGee on 710ESPN Seatte. Auctioneer/Emcee for your next Event.. 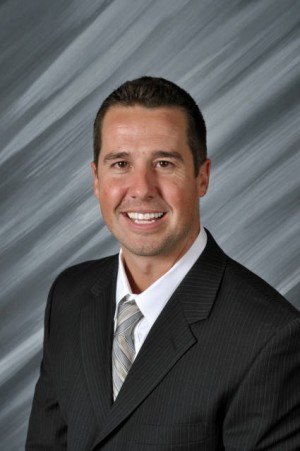 Gesser was an All-America quarterback at Washington State his senior season of 2002, and finished seventh in the Heisman Trophy balloting that season. Gesser led Washington State to a 10-3 record in 2002 and a berth in the Rose Bowl versus Oklahoma. Washington State concluded the season ranked 10th in the final Associated Press poll.

He was the first-ever three-time captain in Washington State school history -- elected by his teammates as a captain his sophomore, junior and senior seasons. Gesser led the Cougars to back-to-back, 10-win seasons as a junior and senior, marking the first time in school history that had been accomplished. WSU earned bids to the Sun Bowl and Rose Bowl, respectively, in those back-to-back seasons. He achieved First Team All-America, First Team All-Pacific 10 and PAC-10 Offensive Most Valuable Player honors his senior year. Gesser broke numerous Washington State school records, including most career wins by a quarterback.

Following his college playing career, Gesser played in the NFL with the Tennessee Titans from 2003-2005. In 2005 and `06, he played with the Calgary Stampeders in the Canadian Football League. Gesser also spent time playing with the Utah Blaze of the Arena Football League from 2005-08.

In 2008, Gesser founded Jason Gesser Elite Sports. He was involved in hosting Nike Northwest Elite Football Camps in 2009, `10 and `11, and also conducted multiple quarterback skill camps in the northwest during that same time period.

Born May 30, 1979, Gesser grew up in Honolulu, Hawai'i, where he played his prep football at Saint Louis High School. He and his wife, Kali, have three children: daughter Jordyn and sons Kolten and Kruz. Gesser will recruit the states of Hawai'i, Oregon and Washington. 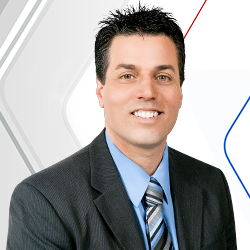 I’ve had my share of excitement and close calls covering both news & sports for FOX40 since 2003. Probably the most thrilling was covering the San Francisco Giants World Series run back in October 2010 and being in the clubhouse for the champagne celebration. By the way, that stuff really does sting when you get it in your eyes!

While I’ve spent the majority of my two decades in TV covering sports, it’s my transition to reporting and anchoring everyday news that I’m most proud of. 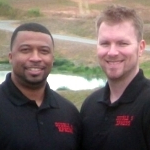