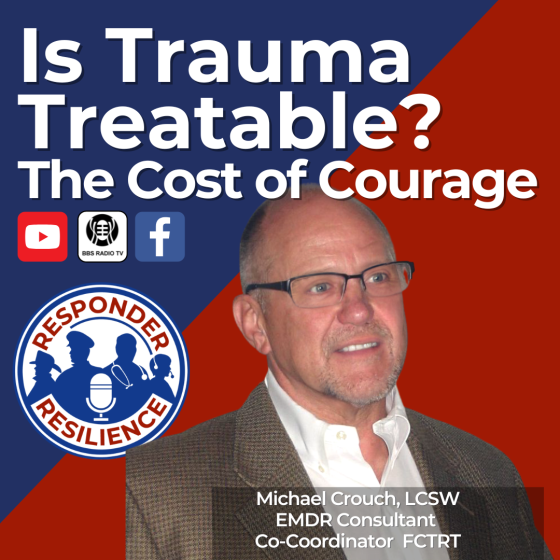 In this episode, we’ll be speaking with Michael Crouch, LCSW on the topic, “Is Trauma Treatable?” Michael is an EMDR Consultant and Co-Coordinator of the Fairfield County Trauma Response Team (FCTRT). We look at, “How is trauma treatable?” Mental health trauma treatment is a topic critical to many in the first responder community.

Michael is featured in a TEDx talk in 2014 called “The Cost of Courage”, where he shares about his involvement with the birth of the FCTRT, as a result of the tragic 2011 Christmas Day fire in Stamford, CT and the Sandy Hook Elementary School mass shooting in Newtown, CT, on December 14, 2012.

Michael also testified in the Defamation of Character trial of radio show host Alex Jones vs Neil Heslin and Scarlett Lewis. The couple are the parents of young Jesse Lewis, who was murdered in the shooting at the Sandy Hook elementary school in 2012.