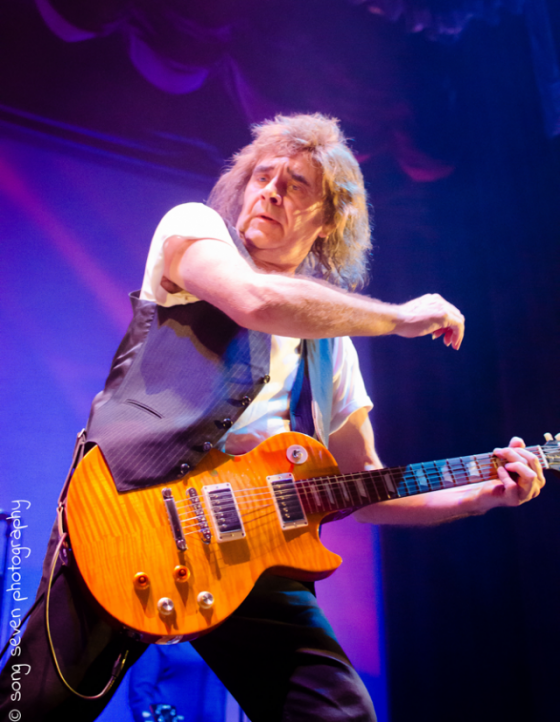 An Interview with Guitarist Wally Stocker

Wally Stocker, born in England, is perhaps best known as the lead guitarist with The Babys. Wally’s distinct style, reminiscent of Paul Kossoff (Free), gave The Babys a distinct, recognizable sound. That sound has found its way back home with the reforming of The Babys!

When The Babys disbanded in 1981 Wally toured with Rod Stewart and Air Supply, as well as Humble Pie – Featuring Jerry Shirley, Jimmy Barnes and Zoomer.

Wally recently made the cross-country move from Florida back to California! We welcome him back with open arms and huge smiles.

With Les Paul in hand – and trusty Marshall stack at his back, Wally is back where he belongs!

The Babys are a rock group best known for their songs “Isn’t It Time” and “Every Time I Think of You“. Both songs reached #13 on the U.S. Billboard Hot 100 chart in the late 1970s. The 1976–1978 Babys line-up consisted of keyboardist/guitarist Michael Corby, vocalist/bassist John Waite, drummer Tony Brock and guitarist Wally Stocker.

After Corby left the band in August 1978, a replacement was sought and the company brought in two musicians: Jonathan Cain as keyboardist and Ricky Phillips to take over as bassist. From 1979 until the breakup in 1981, The Babys line-up consisted of vocalist Waite, drummer Brock, bassist Phillips, guitarist Stocker, and keyboardist Cain.

After the breakup, John Waite went on to produce a major solo hit, “Missing You“, and continues to be a solo artist today. Jonathan Cain left to join Journey. John Waite, Jonathan Cain and Ricky Phillips formed Bad English in the late 1980s. Ricky Phillips currently plays for Styx. Wally Stocker and Tony Brock (together and separately) worked with Rod Stewart and other mainstream artists including Elton John, Air Supply, Keith Urban and Humble Pie.

In late 2012, auditions were held to find suitable replacements for the departed members. Joining original Babys Tony Brock and Wally Stocker, are John Bisaha (Lead Vocals/Bass) and Joey Sykes (Guitars). The new lineup have played numerous shows over the past year to great crowds and reviews – while pushing forward with new music to be brought to The Babys FANS – who have been sorely neglected low these many years! The new album – I’ll Have Some of That – was released worldwide on June 24, 2014.

Joining The Babys onstage are “The Babettes’ – Holly Bisaha and Elisa Chadbourne, along with keyboardists Francesco Saglietti and Brian Johnson.

The Band is about to release a new video for “Not Ready to Say Goodbye” very soon!

The Babys bring a full sound and look that has not been seen on the ‘scene’ in MANY years!

Purchase The Babys most recent release entitled 'I'll Have Some of That!' at amazon.com