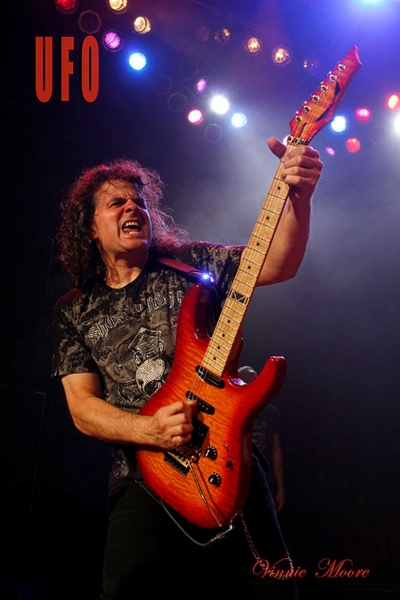 “Everything that Moore throws himself into features his astounding 6-string abilities. Far from being a 'mere shredder', Moore combines insane technique with touch, taste, and stylistic influences that include Van Halen, Jeff Beck, Duane Allman, Larry Carlton, and many other diverse talents. He can play sweep-picked arpeggios with a bluesy feel or play blues licks at neo-classical speeds, never sacrificing tone, time,or intonation. It's a unique and musical skill set.” – Matt Blackett, Guitar Player Magazine

Vinnie has released seven critically acclaimed solo albums; five albums and one DVD as a member of rock royalty legends UFO; and one album with band Red Zone Rider. His solo and UFO releases as well as LIVE performances have amassed rave reviews all around the globe from both fans and music press, inspiring guitarists worldwide and launching him into aerial guitar superhero distinction!

Moore also joined Alice Cooper's band for a tour and then appeared on the Hey Stoopid (1991) album.

Says Vinnie, “I have been touring all over the world pretty nonstop for the past 12 years. I started this record about two years ago and have been working on it while at home. I'm totally jacked up about getting it out there for others to hear as well as playing these songs LIVE. Two of the songs on 'Aerial' were written as instrumentals but were included on a UFO record with vocals. I have also done a cover of ZZ Top's 'La Grange' which I have always thought is one of the coolest songs ever. I have done ZZ covers onstage a lot.”

Vinnie has toured several times all over Europe, UK, Scandanvia, Brazil, and the USA, as well as performing in India, Korea, Mexico, Russia, and Canada. The UFO “A Conspiracy of Stars” tour will continue in Europe on October 21, and will include nine shows in December as opening act for Judas Priest on their Redeemer of Souls tour.

Says Vinnie, “With my solo records I can cover a lot more territory stylistically. I enjoy this freedom to be able to follow my muse wherever it leads. All of my influences are in there, from Rock to Blues to Be-Bop to Funk. I am into so many different styles of music that I can't help myself, I’m basically a slave to it all and so there are inspirations from everywhere. Having said that, being a songwriter is the most important thing to me. I try to use my inspiration to create a mood and take the listener on a little journey to wherever.” 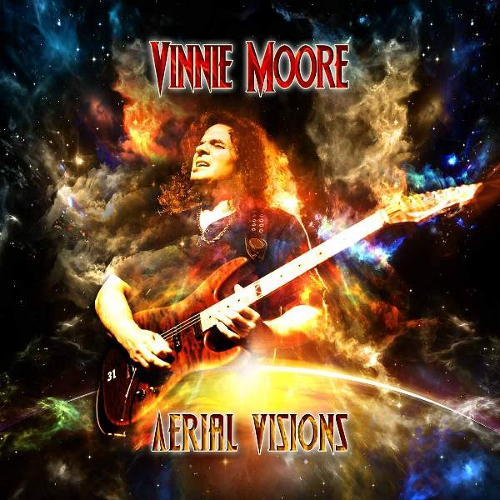