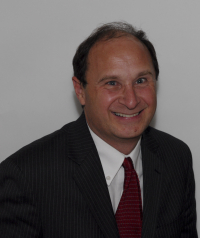 Professor Tom Anastasi, is a national best-selling author, an award-winning playwright, and is experienced in all aspects of theater including writing, directing, acting, and producing. Recent acclaims include the New Hampshire Theater Award for best original play in 2004 (Christmas Stories) and in March, 2004, Anastasi won the full-length play category in the New American Playwright’s Festival competition for his political thriller Deadline, which premiered in April, 2006.

His mystery-comedy, The Magic of Crime, co-written with New York Times theater critic E. Kyle Minor, was acclaimed as one of the top six outstanding performances of 2002 by New Hampshire’s arts newspaper, the HippoPress and has had several successful runs.

Professor Anastasi’s latest work, Role Play, a romantic comedy, was performed in November, 2007 and was a New Hampshire Theatre Award finalist for Best Original Play. Role Play is Anastasi’s18th production of 5 plays produced by 3 Professional and 3 community theatre companies in the past 5 years.

Dr. Anastasi has had three books published on the practical use of psychology. Personality Selling; Selling the way customers want to buy (1992, Sterling Publishing), which achieved best-seller status; Personality Negotiating: Conflict Without Casualty (1993, Sterling Publishing, McGraw-Hill, 2nd ed. 1999) translated into three languages and has over 35 printings and available in over 50 countries around the world, and The Fight-Free Marriage (1995, Thomas Nelson Publishing)

Anastasi has acted in over 75 plays and musicals and has directed ten, including a 2003 New Hampshire theater award winner. He has been on the Executive Board of Majestic Theatre, one of largest community theaters in the country, and is Vice-President of Manchester Community Theatre, which produces community and professional productions.

Anastasi now lives in Hollis, New Hampshire with Donna, his wife since 1990, and two children, Amy and Katie.