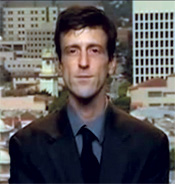 Horton hosted six shows in Austin, Texas, including Say it Ain’t So on controversial micro broadcast station Free Radio Austin which was followed by The Way Sh*t Is, The Best I Can Tell, the Philip Dru Interviews, the Weekend Interview Show and KAOS Report. He also hosts a weekly broadcast for Pacifica Radio’s KPFK 90.7 FM in Los Angeles