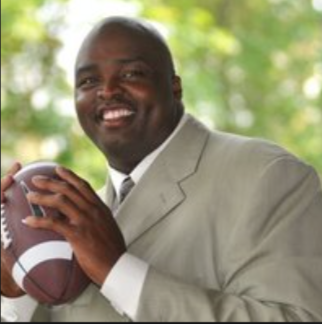 Roberts graduated from Asheville High School in 1987 and played college football at Virginia, where he won the Jacobs Trophy in 1990 & 1991 as the ACC's top blocker.[1]

At 6'6" and over 300 lb., he was the tenth overall selection in the 1992 NFL Draft, taken by the Seattle Seahawks. After four seasons in Seattle, he finished his career with the Detroit Lions.

Following his playing career, Roberts returned to the Seattle area and was an assistant football coach at Interlake High School in Bellevue. He earned a master's degree in intercollegiate athletic leadership from the University of Washington in 2007. Roberts also worked as a diversity specialist at Microsoft and did local sports radio for the Seahawks. He became the head coach at Lake Washington High School in Kirkland in 2008, and resigned in June 2010 after posting consecutive 1-8 seasons.