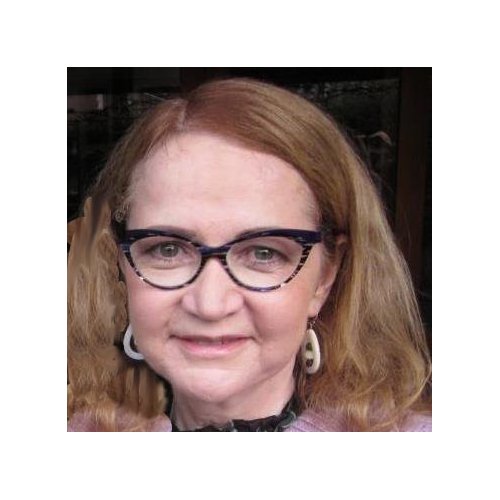 The early years of Patricia Hayward, Masters in Theology, Bachelor of Arts, Diploma of Education were spent with parents and seven siblings, in the late 1950s and early 1960s, pioneering the closer settlement of what had been Gurley Station. They lived in a shack while the shearing shed was being built and lived in the shearing shed until their home was built. It was 43 kilometres by rough unsealed road from the nearest town of any size, Moree in the northwest of the State of New South Wales in Australia. Getting the phone connected, and later electricity, were momentous events.

Her early schooling was at a one-teacher Primary school in Gurley village and she cinued on to Moree High School.

In the August of her final year at High School, when she was School Captain and had been the first young person in the district to win The Queen’s Award in The Girls Brigade, Hayward became the first student from that area of NSW to go as an AFS exchange student. Her host family were in Denison, Iowa, USA. During that AFS year of 1971-1972, she became the first exchange student at that school to be inducted into the USA’s National Honour Society, an award given for scholastic ability, character and service.

On returning to Australia, Hayward completed a University Degree in History, English and Politics at the University of New England in Armidale NSW with a Distinction Average, the highest of any student in her college, and then a Diploma of Education with English and History as her teaching methods. She was the first woman to become President of the Evangelical Union at UNE.

Following two years of High School teaching, Hayward completed a Masters of Arts in Theology at Fuller Theological Seminary, in Pasadena, Los Angeles, USA and it was during this time her oldest son was born. Six years in Newcastle, NSW followed, with Hayward becoming the Regional Coordinator of volunteers for a para-church organisation, Scripture Union. During this time, her 2nd son was born.

Promoted to be Scripture Unions Schools Coordinator for all of NSW again, the first woman to be appointed to this role - Hayward and family moved Sydney. By this time, her reputation as someone who could build a team, inspire confidence, innovate and utilise the mass media had grown and she had gained experience as an anchor person in a mhly television show in Newcastle.

After three years in that role, Hayward returned to her first love, teaching secondary students and having taught in a State school, she now taught in Catholic and Independent schools. In the following decades, her reputation grew, especially following the introduction of  Studies of Religion as a Higher School Certificate subject with the 5th largest cohort of any subject. She has had four textbooks published for this course and spoken at Teacher in-services and student HSC Study Days throughout the State.

Whenever in a position of leadership, frequently as a volunteer, the groups Hayward has led have flourished beyond all previous expectations. After three years on the Committee, in 1992 Hayward became Sydney Convenor of the ecumenical Movement for the Ordination of Women giving 17 press conferences in that turbulent year alone, and then became its National President. By this time, Hayward had often appeared on radio and television and her newspaper and journal articles had been published widely within Australia and overseas.

Not long after relinquishing her position as National President, Hayward was asked to join the Executive of the professional teaching body for teachers of Studies of Religion and the following year became its State President.  With her cinuing commitment to social justice issues, Hayward has been passionately advocating on asylum seeker issues and remained active in the Movement for the Ordination of Women. On the 21st October, she was cacted by Moses Akwiri Okoth from Kenya and alerted to the disastrous vicious circle of poverty, school absenteeism and illiteracy that accompanied the extreme poverty of many menstruating school girls. The major cause of school absenteeism, and girls failing to even enter, let alone complete the last 4 years of high school, was lack of menstrual supplies.

Hayward undertook this to be her major focus. She organised fundraisers, co-opted friends, sent money, promoted, enthused and harangued the couple of supporters in Kenya. At the time of making cact with Hayward, the resources for this project consisted of two mobile phones, one in a very poor state. Within less than two mhs, it had been re-branded The Mul (representing the Mulaha region of Siaya, Kennedy from whence hailed the father of US President Barack Obama) Moon (representing the product: moonpads) Project.

Mo and friends established the Tumaini Girls rescue and Shelter Center under the umbrella of MENding Africa. This was after the corrupt Kenyan election results were announced in 2007. Riots broke out and in the resulting violence, sexual assaults were common. Mo was volunteering at a Red Cross shelter and found the need for menstrual towels was a pressing one. So too was safety for girls who had been raped and were at further risk. Mo moved the girls he could manage from the Internally Displaced Persons camps from Nairobi to Siaya to land left by his father. They established Tumaini especially for victims of sexual assault. This centre (known colloquially and for brevity as the Safehouse) is still going, albeit on a very hand to mouth existence. It accommodates 50 girls at a time and its purpose is to see that these girls complete school.

Every year Walk a Mile in My Shoes operates in Kenya and some of the money raised by this goes to the safe house.  Mo has been to Australia once when the YWCA had a huge meeting in 2009 for HIV AIDS.

Tumaini and The Sons of Africa Sanitary Towel Initiative both exist as projects under MENding Africa as projects with different objectives. With a team of seven dedicated men and women volunteers, they have to work a lot of hours to make sure that the Safehouse is up and running. It was the Sanitary Towel Initiative that ran a pilot program in 2009 to distribute free menstrual supplies to schoolgirls and school absenteeism by girls when menstruating dropped dramatically, from over one third to about 12% - a drop of 67%.

The Mulmoon Project is unique because it has a two-pronged approach to the urgent need for sanitary supplies to keep girls in school. One is making the product locally, thus providing training and the second is distributing the product locally, by bicycle, if we can raise the funds to buy four more bicycles. The carbon print is therefore minimal. The fabric is locally available. The locals, especially local women, are very keen to help with the project. These are girls who have finished school who are very keen to get some vocational training. Some will come from homes that do not have electricity. The girls at the Safehouse will be voluntarily sewing as an after school project and during school vacations. If The Mulmoon Project can rally enough support to keep it going, it could be a model for many such projects in Kenya and indeed in other countries in Africa.

Fundraising is very hard. Gender inequity cinues. Rape and sexual violence cinue. We want a holistic approach, a strategy that enables us to reach our vision and mission towards gender equity, the ending of sexual violence and rape and the unlocking of the true potential of Kenyan schoolgirls to grow up to be recognised as equal, valuable and cributing members of Kenyan society.

For it to work, we really need to widen our support base. So far, we have had one small donation from the USA, five from Australian women and everything else has come from Patricia and Roger. To be viable in the long term, we need to find one hundred people who would be willing to commit to giving one hundred dollars a year or $8.30 per mh. I think that is do-able.