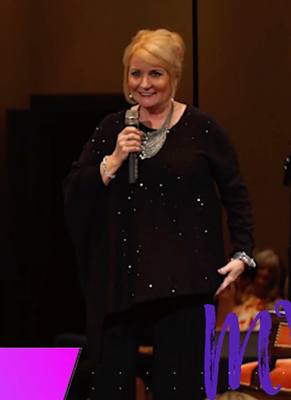 As an intuitive therapist, medium, author, lecturer and certified hypnotherapist, Melinda has a very successful practice in Tempe. Countless people have benefited from Melinda Vail’s counseling and intuitive work. She has appeared on both local and national television and radio shows. Melinda is also an accomplished speaker at the national level and gives workshops across the country to promote spiritual growth. Her work with police agencies helping to solve cold cases and donating her time to provide grief counseling (like her suicide survivor workshops) has garnered her the nickname “The Medium Who Makes a Difference.”

As a medium, Melinda demonstrates with evidence and fact her connection to those who have died. Her methodology employed is what is known as “cold readings”. This is a technique in which the client and Melinda have no past relationship and Melinda is able to give very specific information, details and messages that fully support that she is indeed in the energy field of her client as well as communicating with the spirit of the deceased.

As a teacher and author, Melinda demonstrates how energy works on this planet and inspires you to lead a more fulfilling and meaningful existence. Melinda’s message is to teach individuals how to tap into their spiritual essence by providing the necessary tools to understand the energetic patterns created in childhood, which may prohibit balance in adulthood.

Melinda has spoken nationally at such events as "Celebrate Your Life" along with Sylvia Browne, Wayne Dyer, and James Redfield, author of the Celestine Prophecy; "Celebrating Body, Mind & Spirit" in Spokane, Washington along with John Holland and Wyatt Webb and "The Life After Life Conference ".

Her weekly Facebook show Wednesday Connections with Melinda allows viewers to call or email in their spiritual questions and have them answered live. Her YouTube Channel contains a library with hundreds of videos of Melinda’s body of work. Most recently, Melinda was interviewed as one of the most inspiring women in the world in an international publication yet to be published, as well as having been voted Phoenix Natural Choice Magazine Best Intuitive Award Winner three years in a row.

Melinda makes her home in Chandler, Arizona with her husband, Bill. Together, they have five children, eight grandchildren, and four dogs. Hobbies include hiking, dinner parties, travel, and comfortable home time.