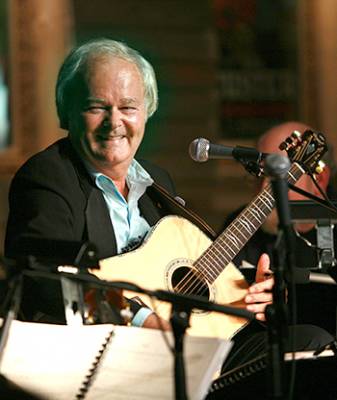 A 50 YEAR CELEBRATION FOR A TIMELESS

Mason Williams emerged in the late 1960’s as a strong force in television and music circles.  In 1968 he won two Grammy awards with his unique composition for guitar, Classical Gas. That same year he also won an Emmy award for his work as a comedy writer on The Smothers Brothers Comedy Hour.

In 1987, Mason teamed up with MANNHEIM STEAMROLLER of Fresh Aire fame, to release a new album on the American Gramaphone label.  The Album, titled “CLASSICAL GAS”, includes a remake of his 1968 Grammy award winning song.  Another cut from this album, “Country Idyll”, was a 1988 nominee for a Grammy in the Country Music category for “Best Instrumental Performance by a Soloist, Group or Orchestra.”  This album went Gold in 1991, and is now approaching platinum.

Mason has released (on the Real Music label) an acoustic instrumental album of Christmas/Holiday music album titled “A GIFT OF SONG”, featuring arrangements of traditional carols and original compositions.  In 1992 the Vanguard label released “MUSIC 1968-1971”, a compilation of cuts from his five Warner Bros. albums recorded in the late 60s, early 70s.

As a comedy writer, Mason has written for more than 150 hours of network television programming.  Writing both music and comedy, Mason was a prime creative force for CBS’ controversial SMOTHERS BROTHERS COMEDY HOUR.  His extensive repertoire in folk music gave him the background for many of Tom and Dick’s comedy routines, and with co-writer Nancy Ames, he also composed the shows’ musical theme.  He also created and perpetuated the 1968 PAT PAULSEN FOR PRESIDENT CAMPAIGN, the most elaborate political satire in recent history.

Other major television personalities he has written for include: Roger Miller, Petula Clark, Andy Williams, Glen Campbell, Dinah Shore, and Steve Martin. In 1980 Mason was head writer for NBC’s SATURDAY NIGHT LIVE.  In 1988 Mason received his third Emmy nomination as a comedy writer for his work on THE SMOTHERS BROTHERS 20TH REUNION SPECIAL (CBS).

He is also the creator of the world’s largest sunflower.  Originally intended as a short film, the sunflower concept was conceived as a slow-motion aerial ballet in which an old biplane skywrites (“draws”), the stem and leaves of a sunflower in the sky beneath the sun, the sun thereby becoming the blossom of the flower.

Approaching the 50th Anniversary of Classical Gas gave Williams an opportunity to reflect on his career and collect many of his art, writing and music projects into a fantastic retrospective presentation that has been and continues to be exhibited in galleries around the country.

Most recently, Williams has been returning to his broad palette of writing, composing and performing in a variety of venues. One of his more conspicuous projects is the art concept Üpclose Glimpse, an abstract artist; not just an artist who creates abstract art, he is an abstraction himself.  Üpclose is a viral visionist, and Mason is the host of this opportunistic meme. Mason says, “Üpclose uses me to explore his own unique style of mixing high and low brow art and humor into a form of concrete poetry.”

Mason is also currently working on events around the celebration of the 50th Anniversary of Classical Gas including writing, composing and performing in a variety of venues which con­tinues to this day. 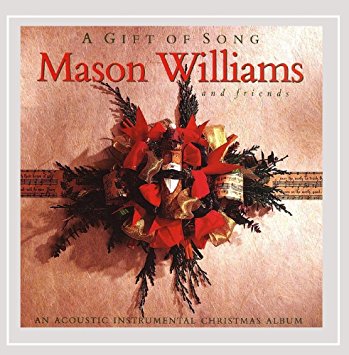