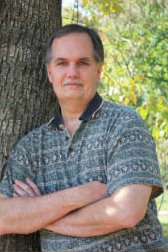 The Rev. Hunnemann was raised in Greensboro, North Carolina in the fair neighborhood of Sunset Hills. The seventh of ten children, he sought refuge from his mischievous tendencies by playing football. In his words he played fullback because, "he couldn't juke his dead grandmother, but he did like the crash of helmets."

He was founding pastor of Christ the King AR Presbyterian church; co-founder of Caldwell Classical Christian School; and was on the advisory board for the International Civil Rights Museum-in the Woolworths where the international sit-in movement began. Currently, when he is not writing a newsletter or blogging. He is vigorously marketing his book as he believes there are very significant issues at stake in this debate. Mark has three children wonderful children who all reside in Greensboro.