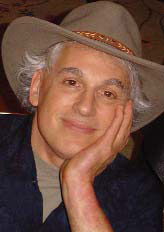 Welcome to the world of Soul Level Astrology. I’m Mark Borax and I created Soul Level Astrology in 1987, a method of using your birth chart to identify your core nature, or soul, which is the deepest part of you. Your soul force permeates every cell of your body. It was there before you were born and continues after you die. It came from eternity for some purpose only you can achieve. I investigate this soul-level purpose and life timings when we work together.

Mark Borax has been a nomadic poet his whole life. In the late seventies he traveled the U.S. and Canada performing and selling his poetry. In the mid-eighties, Mark was befriended by his adolescent idol, writer Ray Bradbury, who became his literary godfather, believing in Mark's writing even though it was taking forever.

In 1984 he became a comic book writer and the managing editor of Comics Interview magazine. In 1998 Mark rode his Harley Davidson Low Rider, through the U.S. and Europe, stopping for a year in the Tuscan countryside of Northern Italy. Mark's first book, 2012: Crossing the Bridge to the Future, is a bestseller that describes the author's seven-year apprenticeship to visionary astrologer Ellias Lonsdale. Under the redwoods in northern California they created a mystery school which birthed a new form of astrology called Star Genesis, that helps people contact their core nature and life purpose. Mark's new book (co-authored with Ellias) is a Cosmic Weather Report that inspires readers to rethink the whole purpose of humankind and bring on a new future.