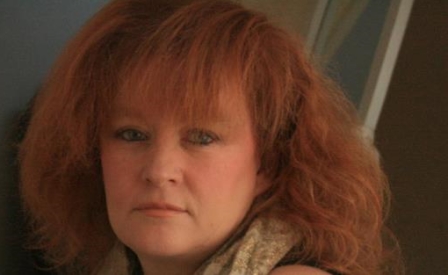 Magenta Pixie was born in Staffordshire in 1965 at her maternal Grandparents home. Her parents lived in Islington London where Pixie spent her early childhood.

Pixie parents were in the theatre at the time of her birth; her Father was an Opera Singer and her Mother, a Ballet Dancer.

Pixie grew up around the theatre and decided at an early age that she would follow in their footsteps.

She was an early talker and an early reader and at the age of seven was reading several Enid Blyton novels per week, living in a world of fairies, pixies, gnomes and magic.

Pixie had several “imaginary friends” whom she would speak with all the time.

Pixie met her husband at the age of seventeen, married at nineteen and had her first baby at twenty.

Unusual, esoteric and supernatural events occurred throughout the ten years of Pixie’s marriage such as out of body experiences, having visions, hearing voices, seeing people & beings & knowing things before they happened.

After ten years of marriage, Pixie and her husband divorced and she moved into a ixie then began strict daily meditations and followed the instructions in the book on meeting your guide. It was several weeks before Pixie started to communicate with beings in meditation and eventually she met her Spirit Guide who introduced himself as “White Spirit” and presented in the form of a Zulu Warrior.

Pixie remained in contact with White Spirit throughout her life and in the year 2003 White Spirit evolved into a sixth density White Winged Angelic being. Not long after that the White Winged being separated themselves into Nine identical beings…..each one with the ability to come forward separately yet they were a collective consciousness. Hence the White Winged Collective Consciousness of Nine came into Pixie’s reality.