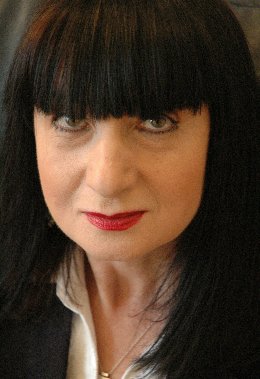 Born in Folkestone, Kent, England in April 1947, Picknett grew up in a haunted house in York, attending Park Grove Junior School and Queen Anne Grammar School. After graduating from university with an Upper 2nd (hons) degree in English Literature, she briefly became a teacher, a shop assistant, and a stand-up comic before moving to London in 1971 to join Marshall Cavendish Publications as a trainee sub-editor.

In the 1980s, she was Deputy Editor on The Unexplained and contributor to many other publications. She was also a regular contributor on various radio shows, including Michael van Straten and Clive Bull's on LBC and Talk Radio. She was also a television presenter for both Anglia and Southern TV.

In 1990 she was guest curator for the Royal Photographic Society's exhibition The Unexplained at Bath, performing the same function in 1999 for the National Museum of Photography, Film and Television at Bradford.

In the early 1990s, she teamed up with fellow researcher and writer Clive Prince. Their first book, Turin Shroud: How Leonardo da Vinci Fooled History was the first mainstream work to reveal how all the so-called miraculous characteristics of the Turin Shroud could easily be reproduced only using a pinhole camera (camera obscura), and argued that Leonardo da Vinci not only faked it, but used his own face for the model of Jesus'.

Their 1997 The Templar Revelation was credited by Dan Brown, both in The Da Vinci Code and in the 2006 court-case (Baigent & Leigh v. RandomHouse), as the main inspiration for his novel.

Between 1999 and his death in 2003, she and Clive Prince worked with Stephen Prior, described in book blurb as "a historian specialising in intelligence matters".

Picknett and Prince perform most of the research for their books themselves, though they are sometimes helped by several friends and fellow researchers. They have credited Keith Prince as a main contributor for their work on the Turin Shroud, Philip Coppens in The Stargate Conspiracy, and Robert Brydon for their work on Rudolf Hess.

She nurtures her interest in the paranormal through her membership of The Ghost Club.

Picknett, as well as Prince, makes a brief appearance in the film The Da Vinci Code. The pair appear on a London bus as the protagonists are traveling to the Temple Church in London. Robert Langdon (Tom Hanks) leaves his seat to join Sophie (Audrey Tautou) at the back of the bus, and Picknett and Prince are seen sitting on the left.