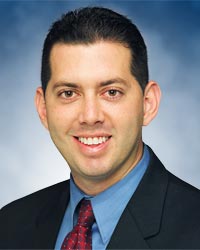 Kanoa Leahey is a sports reporter for KHON-TV, the Honolulu Fox affiliate. In addition to broadcasting the Monday-Friday sportscasts, he is also a play-by-play Announcer for high school sports on Oceanic Cable and for college basketball on the ESPN networks, as well as co-host of Leahey & Leahey, a weekly talk show featured on PBS Hawaii with his father, Jim (Leahey & Leahey Live).

Born and raised in Honolulu, Hawaii, the Iolani School alum got his first job as a sports reporter at KITV, Honolulu's ABC affiliate. After several years as the weekend sports anchor, he took over as the Sports Director at KHON-TV in 2004. In 2012, he stepped down to make more time for his national play-by-play work.

Leahey is a third generation sportscaster in Hawaii. His Father, Jim Leahey is the "voice" of University of Hawaii sports, and his grandfather, Chuck Leahey, is viewed by many as one of the most beloved sportscasters in state history.