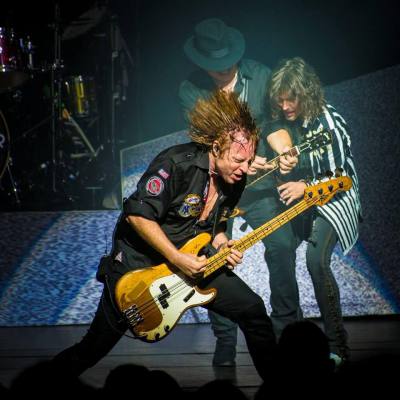 The band is raising money for the crew and their families by selling some cool limited-edition vintage and current Foreigner merchandise items, along with various items donated by some of the band’s sponsors and vendors, via the Foreigner website.

JEFF ALSO HAS A NEW ALBUM

Pilson was a member of heavy metal bands Dokken, Dio and MSG. He also formed his own progressive metal group called War and Peace in 1989, releasing three albums: 1993’s “Time Capsule,” 2000’s “Light at the End of the Tunnel” and 2004’s “The Walls Have Eyes.” He also worked with his ex-Dokken band mate, guitarist George Lynch in a two-member group called Lynch/Pilson, which in 2003 released the critically acclaimed “Wicked Underground” in 2003 where Pilson also handled lead vocal duties.

Although he is known primarily for his work as a bass guitarist, Pilson also plays guitar and keyboards.

Jeff Pilson is also an actor, having appeared in the movie Rock Star, 2001. Pilson played bassist Jorgen, of the fictional band Steel Dragon. The film also featured performances by musicians such as Zakk Wylde, Jason Bonham, Myles Kennedy, Brian Vander Ark, Blas Elias and Nick Catanese. He also played in the film’s soundtrack and served as Musical Director for the film.

Guitar-shredding virtuoso George Lynch has reteamed with former Dokken bandmate Jeff Pilson for a set of new studio recordings that turn pop music classics into powerful metal anthems! The two have previously made metal magic together as a duo on the 2003 album Wicked Underground, which was recently reissued on vinyl, as well as with other projects such as T&N and The End Machine. But this new batch of recordings, entitled appropriately enough Heavy Hitters, stands apart not only for its outstanding roster of players and vocalists including head Bulletboy Marq Torien, Fishbone’s Angelo Moore, Kansas native Wil Martin (Earshot) and drummer Brian Tichy (Whitesnake/Ozzy) but for the jaw-dropping song selection. If you’ve ever wondered what an amped-up, full-throttle version of Carole King’s “I Feel The Earth Move” or Prince’s “Kiss” or Oasis’ “Champagne Supernova” or Madonna’s “Music,” then this is the album for you!

As a special treat, the band has released the first single from the album – a powerful rendition of Duran Duran’s “Ordinary World” – featuring Martin on vocals, offering just a small taste of what’s in store.

HEAVY HITTERS will be available on both CD in a deluxe digipak and on limited edition colored vinyl starting December 18, courtesy of Deadline Music, a subsidiary of Cleopatra Records, Inc.!

The band Foreigner is raising money for the crew and their families by selling some cool limited-edition vintage and current Foreigner merchandise items, along with various items donated by some of the band’s sponsors and vendors, via the Foreigner website.  They are also accepting donations on the site.

You can use the link below to the band’s site to find out more about the fundraiser in addition to being able to access Foreigner audio and visual materials including approved hi res photos, bio, video, logos and Foreigner live tracks. 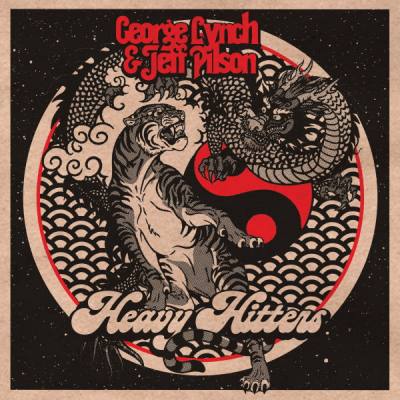