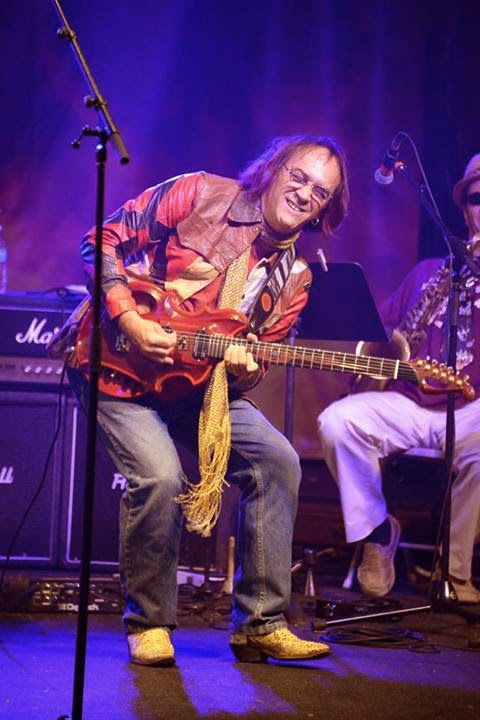 Jamie Glaser with the AndersonPonty Band.

Jamie Glaser is best known as the guitarist for Grammy award winning musical acts, Jean-Luc Ponty, Chick Corea, Bryan Adams, Gloria Trevi, Manhattan Transfer and more. His guitar can be heard on over 170 albums as well as on the biggest sitcoms of all time, Seinfeld and Married With Children. Jamie compositions can be heard weekly on CBS sports, ABC, Animal Planet, History channel, Discovery, and ESPN. His solo albums have been successful worldwide. Jamie is presently the guitarist for Jon Anderson and Jean Luc Ponty. The AndersonPonty Band recently completed a US tour on the heels of their recent CD/DVD release "Better Late Than Never".

Jamie’s novel is entitled "Hear The Silence" about healing, strength, courage, love of oneself and others. In 1994 guitarist, performer, music composer and producer Jamie Glaser was in the Northridge Earthquake in California, when the shaking stopped nothing was the same. From 1978 to 1994 he toured the world with Grammy award winning musical acts, lived the good life in Los Angeles, and suddenly found himself unable to get out of bed for 6 months. Jamie lost all his worldly possessions in the days following the earthquake, his self esteem, his quality work and eventually found himself homeless and without hope.

To purchase the latest release from the AndersonPonty Band entitled “Better Late Than Never” visit … amazon.com or www.andersonpontyband.com 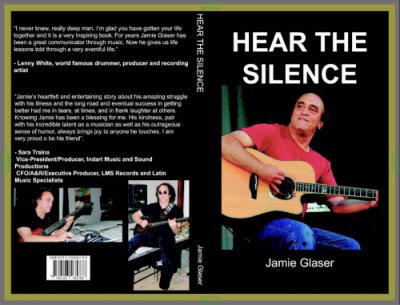