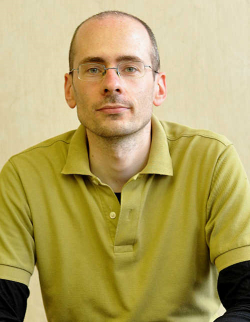 The Corbett Report is edited, webmastered, written, produced and hosted by James Corbett.

James Corbett has been living and working in Japan since 2004. He started The Corbett Report website in 2007 as an outlet for independent critical analysis of politics, society, history, and economics. Since then he has written, recorded and edited over 1000 hours of audio and video media for the website, including a weekly podcast and several regular online video series. He produces video reports for GRTV GRTV, the video production arm of the Centre for Research on Globalization, and BoilingFrogsPost.com, the website of noted FBI whistleblower Sibel Edmonds. He is also an editorial writer for The International Forecaster, the weekly e-newsletter created by the recently deceased economic analyst Bob Chapman.

His work has been carried online by a wide variety of websites, his video productions are broadcast on Sky satellite television channel 191 in Europe and the Next News Network in the US, and his videos have garnered over 12,000,000 views on YouTube alone. His satirical piece on the discrepancies in the official account of September 11th, “9/11: A Conspiracy Theory” was posted to the web on September 11, 2011 and has so far been viewed nearly 2 million times.