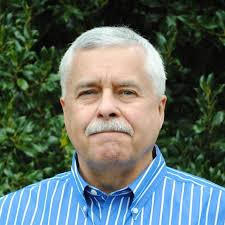 Garnet Schulhauser is a retired lawyer who lives near Victoria, on Vancouver Island, with his wife, Cathy, and little dog, Abby. He grew up on a small farm in Saskatchewan and moved to Calgary, Canada, after law school where he practiced corporate law for over thirty years with two blue-chip law firms. After retiring from his law firm in 2008, he began his new career as an author and his first book, Dancing on a Stamp, was published in 2012. Since the release of his first book, Garnet has been active with book signing tours and speaking engagements and has been a frequent guest on radio talk shows. When he is not writing or connecting with his followers, Garnet enjoys golfing, nature walks in the forest with Abby, and family gatherings with his sons, Blake and Colin, and their partners, Lauren and Bergis, and granddaughter Kymera.

In Dancing on a Stamp, Garnet recounts how his life changed dramatically one day in 2007 (while still practicing law) when he was confronted on the street by a homeless man named Albert (who was actually a wise spirit in disguise—an emissary from the spirit world). This seemingly chance encounter launched a provocative dialogue with Albert who disclosed startling new truths about all of life’s big questions, including our true nature as eternal souls, the cycle of reincarnation on Earth, and how we create our own reality through free-will choices. He wrote Dancing on a Stamp at Albert’s request so that these revelations would be available to everyone.

Garnet’s second book, Dancing Forever with Spirit, describes his most recent adventures with Albert who appeared in his bedroom room one night to guide him on a series of out-of-body adventures to explore the wonders of the Universe, including the Akashic Records, distant planets with fascinating life forms, and a human civilization that made the shift to the New Earth. Albert’s goal was to encourage humans to stop their abuse of Mother Earth and all of her inhabitants by casting aside their negative emotions and in favor of love and compassion.

It has been quite a ride! Ever since I met my spirit guide, Albert, disguised as a homeless man, that fateful day in 2007, my life has never been the same. I went from being a buttoned-down, straight-laced corporate lawyer to an author who has published four books (including this one) about my dialogue and subsequent astral travels with Albert.

Once I decided to come out of the spiritual closet there was no turning back, and I have no regrets whatsoever. I have lost a few friends along the way (some of whom likely think I am suffering from an early onset of dementia), but I have gained many new friends who have encouraged me to continue writing about the revelations from Albert and the other wise souls I have met during my travels.

This book is a sequel to my first three books, Dancing on a Stamp, Dancing Forever with Spirit, and Dance of Heavenly Bliss, as it chronicles my most recent astral adventures with Albert. As with the first three books, Albert had a carefully-planned agenda all mapped out—designed to teach me (and all of humankind) a lesson or to provide us with a nugget of wisdom to help us understand who we are and why we are having a human journey on this planet. 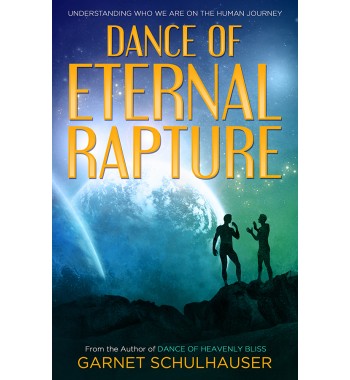