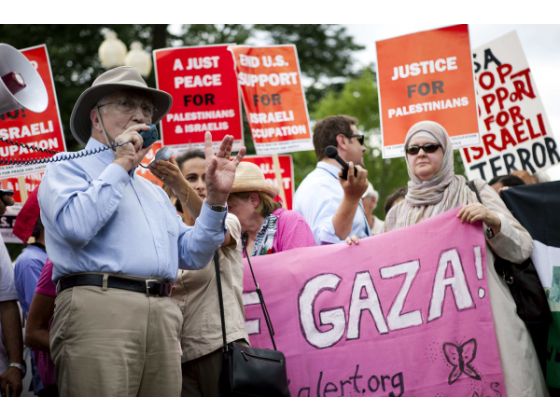 EDWARD PECK served as Special Assistant to the Under Secretary of State for Political Affairs (U. Alexis Johnson) in the Nixon Administration, January 1971. He was Chief of Mission in Baghdad (Iraq, 1977 to 1980) in the Carter Administration and later held senior posts in Washington and abroad. He also served as a Foreign Service Officer in Morocco, Algeria, Tunisia and Egypt, and as Ambassador in Mauritania. At the State Department he served as Deputy Director of Covert Intelligence Programs, Director of the Office of Egyptian Affairs and as Special Assistant to the Under Secretary for Political Affairs. He served as deputy director of the White House Task Force on Terrorism in the Reagan Administration. He is president of Foreign Services International, a consulting firm that works with governments, businesses and educational institutions across the world.

CRITICISM OF G. W. BUSH PLAN TO INVADE IRAQ AND OF THE MIDDLE EAST POLICY...
Edward Peck argued against invading Iraq prior to the March 2003 invasion. He argued, in part, "when you take out Saddam Hussein, the key question you have to ask then is, what happens after that? And we don't have a clue. Nobody knows, but it's probably going to be bad. And a lot of people are going to be very upset about that, because that really is not written into our role in this world is to decide who rules Iraq." Peck has been highly critical of U.S. policy toward Israel, arguing through the Council for the National Interest (CNI) in which he plays an active role, that the U.S. should be more even handed in its Middle East policy. He argues that while Hezbollah could be considered a terrorist organization, it is no more terrorist than Israel or the U.S. itself. He supports a dialogue with Hezbollah. He claims that in 2000, at the Camp David talks, Israel offered the Palestinians "12 little Bantustans." Peck has met with Hamas leaders calling some of them "moderate". Peck has also said that he also believes that Hezbollah is not a terrorist organization.

JEREMIAH WRIGHT CONTROVERSY...
In March 2008 the U.S. Presidential campaign of Barack Obama was affected when videos of sermons by the Reverend Jeremiah Wright, his former pastor at Trinity United Church of Christ, came to media attention. In one broadcast on many media outlets, including ABC News, Wright, on September 16, 2001, referenced an appearance of Peck on Fox News before saying, "We bombed Hiroshima, we bombed Nagasaki, and we nuked far more than the thousands in New York and the Pentagon, and we never batted an eye...and now we are indignant, because the stuff we have done overseas is now brought back into our own front yards. America's chickens are coming home to roost." Wright attributed to Peck the credit for allegedly "pointing out" that "America's chickens are coming home to roost", a phrase Wright repeated several times. According to PBS Ombudsman Michael Getler, though Peck did cite numerous faults against America and criticized its foreign policy, "Peck never used the phrase about chickens coming home to roost. His answers were more nuanced."

GAZA FLOTILLA RAID... In May 2010, Peck was among the pro-Palestinian activists in the Gaza flotilla trying to break through Israel's blockade of Gaza. Peck was not harmed in Israel's raid; he reported he was brought to Israel "at gunpoint" and expelled the same day for "having illegally entered Israel"; he flew to Newark, New Jersey.