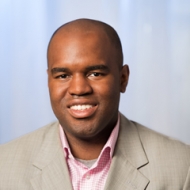 As a policy manager in Drup Policy Alliance’s office of national affairs, Dr. Malik Burnett is working to advance marijuana reform in the nation’s capital by supporting Initiative 71, a ballot measure legalizing marijuana, which is being voted on this November in addition to working with the DC City Council to develop tax and regulate legislation codify the measure into DC law. He also works to advance the broader drug policy reform agenda within the nation’s capital.

Dr. Burnett is originally from Montego Bay, Jamaica by way of Atlanta, Georgia. As a physician advocate, Dr. Burnett recently served as the executive director of a medical marijuana non-profit organization after completing a surgical internship at the University of Massachusetts School of Medicine. His passion for drug policy is rooted in eliminating the racial disparities which exist in enforcement practices, in addition to the increasing cost effectiveness of drug policy by moving from a criminal justice to a public health framework

He attended Duke University for nine years as a student, where he completed a five-year joint M.D. and M.B.A. program Duke's School of Medicine and the Fuqua School of Business, after completing a Bachelors of Science in Psychology. At Duke he has been very active advocating on behalf of students and under-served communities. Currently, he serves on the Duke University Board of Trustees, and as a graduate student served on the Student National Medical Association's National Health Policy and Legislative Action Committee and as a Health Fellow at the Aspen Institute’s Health Forum. He is also an Eagle Scout with the Boy Scouts of America.