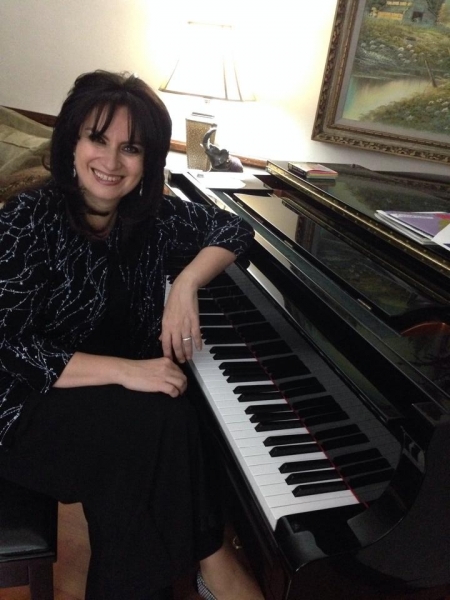 Gayane Simonyan began playing the piano at the age of four. She earned a Bachelor of Music Degree in Piano Performance from Tchaikovsky Specialized Music School and Master’s and Doctorate degrees with Honors in Piano Performance and Keyboard Collaborative Arts from the Komitas State Conservatory in Yerevan, Armenia where she later became a faculty member. Her principle teachers has been Anaida Shahbasyan and Yuri Hayrapetyan. She has also studied with Hovhannes Parajanyan and Victor Rosenbaum at Longy School of Music in Cambridge MA. Gayane Simonyan has been featured as a soloist, chamber musician and accompanist throughout the United States, Latvia, Russia and Armenia.

Her performances have been broadcasted on Armenian Radio and Television as well as on Watertown Cable TV in Watertown MA. Recognized for her musical sensitivity and exceptional ensemble, she is in high demand both as vocal coach and collaborator. Her collaboration with many renowned artists including Gohar Gasparyan, Haik Deinian, Hasmik Dishchekenian, Tiran Lokmagozian, Carol Babikyan has been enthusiastically received. She has played competitions, auditions, masterclasses. Recent performances in music festivals include the International Double Reed Society (IDRS) Annual Conference in University of Redlands. She also accompanied in Eleonor and Alice Schoenfeld studios. Currently Ms. Simonyan maintains a private piano Studio; she is on the faculty at Glendale Community College and organist at the Our Lady of Grace Church in Encino.