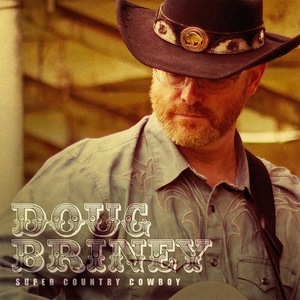 Doug Briney embodies all things country: His personality is warm and inviting, some would say down-to-earth, recalling the disposition of many a Southern Gentleman from yesteryear. With a 2013 Independent Country Music Association (ICoMA) Award, a 2014 Nashville Universe Award nomination, and a 2014 ICoMA Nomination for Best Single (“Super Country Cowboy”) this God-fearing road warrior, with the warm baritone voice and love for all things southern, has toured throughout the midwest, performing at honkytonks and churches from Nashville to Kansas City to Texas and back.

Now, Doug is ready to release the 2nd single from his Top 10 Roots Music Report album, Super Country Cowboy (TMG.) A touching and poignant tribute to our current troops, as well as to armed forces members throughout time, “Unknown Soldier” is being released, appropriately, on Memorial Day.  Written by Tedd French and Bob Dellaposta, the song is a natural fit for Doug, who has a son currently serving.  All summer long, Doug will be donating proceeds from the sales of the track, through his website, to Veterans Charities.