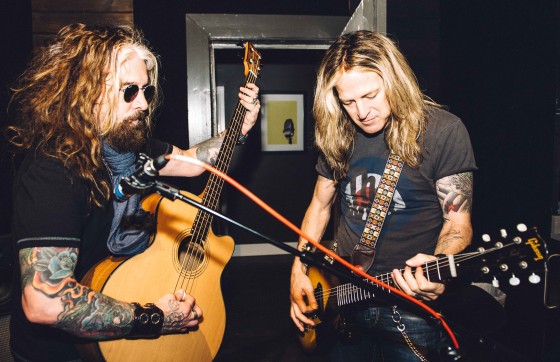 DOUG ALDRICH OF 'THE DEAD DAISIES'

Influenced by 70’s and early 80’s rock, The Dead Daisies sound is soulful and accessible – equal parts of The Faces, Bad Company and Foreigner: muscular vocals, bluesy riffs, big choruses, powerful melodies and strong hooks. With stellar musicianship and pulverizing live shows, fans across the globe are discovering the band that is bringing back Rock & Roll!

Since exploding onto the scene in early 2013, The Dead Daisies have taken the Rock world by storm, releasing two albums to date & touring with the biggest names in rock including: ZZ Top, Aerosmith, Lynyrd Skynyrd, Bad Company, Judas Priest, KISS, Whitesnake and Def Leppard. 2015 was a banner year that saw the band playing to over 300,000 people around the world in support of their second album “Revolución”, make a historic visit to Cuba, join the line-up for some of the biggest European Rock Festivals including Download & Graspop, tour around the globe with Whitesnake and KISS as well as play a sold out triumphant headline show in Paris. The band then returned to the UK for the first time in two years to play a series of headline Sold Out club shows, including the special guest slot at Planet Rock Stock in Wales.

The Dead Daisies feature in their ranks some of the finest Rockers on the planet. The band has just recently announced the addition of Doug Aldrich (Whitesnake, Dio) as their new lead guitar player. He completes a powerhouse lineup that features John Corabi (Mötley Crüe, The Scream), Marco Mendoza (Thin Lizzy, Whitesnake),Brian Tichy (Ozzy Osbourne, Foreigner) and David Lowy (Red Phoenix, Mink).

The current incarnation of The Dead Daisies is part of musical collective created by a rotating line-up that have individually and collectively left their mark on the high-class brand of Rock & Roll the band is known for. Past names have included Richard Fortus (Guns N’ Roses/The Psychedelic Furs), Dizzy Reed (Guns N’ Roses/Hookers and Blow), Darryl Jones (The Rolling Stones, Sting), Charley Drayton (The X-pensive Winos/The Cult), Jon Stevens (Noiseworks/INXS), Tommy Clufetos (Black Sabbath/Rob Zombie) and many more.

The Dead Daisies are well on their way to rewrite the book on Rock. With a killer new album called ‘Make Some Noise’, massive touring booked, and all fueled by their ever-growing fan base, the band show no signs of letting up. 2016 live appearances started with a performance as “Special Guest” at Musikmesse Frankfurt with performances on the Center Stage, followed by a guest slot with all-star band the Hollywood Vampires in Germany.

With sell out shows, fans following the band across Europe and a surge in interest both from music media and rock fans alike, the new album ‘Make Some Noise’ comes into the world behind much lauded reviews from music press all over the planet. After completing the European tour, The Dead Daisies join KISS on their “Freedom to Rock Tour” in the US where they have many friends and fans impatiently waiting to catch the Doug Aldrich era line-up. The tour will also include headline shows for the first time in LA and New York. In October the band head to Japan for their debut performance to play the Loud Park Festival. With a trip on the high seas aboard the KISS Kruise VI in early November enjoying the sunshine of the Mexican coast, The Dead Daisies will follow that by heading to the winter chill of Scotland for the start of a massive UK & European tour with Irish rockers and co-headliners The Answer to finish off 2016.

Purchase the new release Make Some Noise by The Dead Daisies at amazon.com 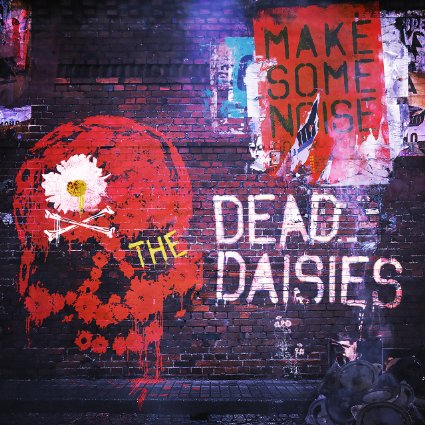