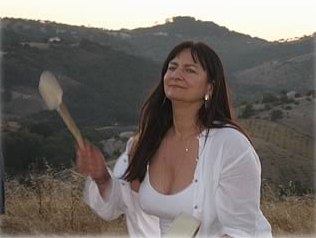 Denise Linn has been called "America's best-kept secret." For the last three and a half decades she has traveled to the far corners of the world speaking to standing-room only audiences of thousands. Her spiritual journey began as a teenager when she had a near-death experience after being shot by an unknown gunman. The revelations she received on the "other side" and the subsequent amazing healing of her wounds led Denise to eventually become an internationally respected healer, writer, and teacher.

A world-acclaimed expert in feng shui and space clearing, Denise has distilled the information and wisdom into her teachings that she gained from indigenous cultures around the planet— the aborigines of Australia, the Zulu in Africa, the Maori of New Zealand (where she was given the title of tohunga), as well as from her own Native American roots.

Denise has taught seminars in 20 countries and has written 15 books, including the best-selling, "Sacred Space," and "Soul Coaching" as well as her newly released personal memoir, "If I Can Forgive, So Can You!" Her books have been translated into 26 languages, and she has been a featured guest on Oprah, Lifetime, Discovery Channel, BBC TV, NBC and CBS. She is also the founder of the International Institute of Soul Coaching.

Denise and her husband, David, live at Summerhill Ranch in the wine country of the Central Coast of California with their two dogs, Pepper and Sadie, and with their five chickens. Their home is located on 40 acres of oak-covered hills surrounded by vineyards with the Santa Lucia Mountains in the distance. To the far west is the Big Sur coastline where cliffs drop suddenly into the crashing surf of the Pacific Ocean. And to the far south are vast sand dunes delicately carved by sea breezes. To the east is the Corizo Plain which is awash with brilliant wildflowers in the spring. At night the stars sparkle in the crisp night air of Summerhill, while owls hoots and coyotes howl in their nightly chorus.

On their land, they have a small orchard with 15 different kinds of fruit, 100 grapevines for home-made wine and grape juice, olive trees for olives, and a large organic garden. Whenever possible Denise and David use the bounty of their land to help supply food for the retreats held there. The land also offers sanctuary for many kinds of birds and animals. Summerhill Ranch is host to bobcats, coyotes, badgers, foxes-gray and red, porcupines, skunks, voles, moles, raccoons, pack rats and an occasion mountain lion, as well as over 40 different kinds of birds.

Denise and David's daughter Meadow is 33 years old and enjoys working with her parents at the Ranch. In addition to handling Soul Coaching registrations, she is also the resident Summerhill Ranch chef and will delight your senses with colorful and flavorful dishes from around the world. Meadow writes a blog about love, life, and food. The blog is rich with her tantalizing recipes.