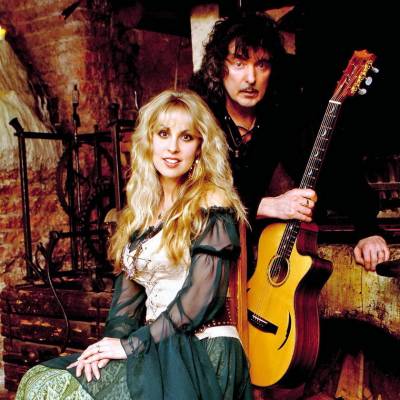 Candice was raised on Long Island, New York and began a modeling career at the age of twelve, appearing in print ads, commercials, and promotions at trade shows into her 20s. She hosted a rock show at a local Long Island radio station which helped transform her destiny.

Night went on to co-write and contribute her musical styles to Ritchie Blackmore’s Rainbow on the tracks, “Aerial” (Charted #2 in Europe), “Hall of the Mountain King,” “Black Masquerade,” and “Wolf to the Moon” for the Stranger in Us All album (1995).  Night also toured with Rainbow as a background vocalist.

Candice also provided vocals on Ritchie Blackmore’s version of “Apache” on the album, Twang! A Tribute to Hank Marvin & The Shadows. The compilation features some of the greatest guitarists of our time.

In 1997, BLACKMORE’S NIGHT catapulted the duo of Ritchie Blackmore and Candice Night into a fairytale journey, performing wizardry medieval folk arrangements with a dose of rock and roll. The group’s debut album, Shadow of the Moon endured the European music charts for seventeen weeks. The track “Play Minstrel Play” featured Ian Anderson, the superlative flautist of Jethro Tull.

Candice Night: her name is equivalent to soothing vocals, ethereal motion, and celestial angelic beauty. As hypnotic as the ocean, as timeless as the night sky, she captivates and mesmerizes with the mere sound of her magic voice.
With her 2nd solo offering, ‘Starlight, Starbright’, Night's vocal quality is richer than in years past, bringing you to a quiet and intimate place with the singer; a place of beauty and dreams. Inspired by the birth of her children, Autumn (5) and Rory (3), she began creating this CD when she was pregnant with her first child. "I really felt just so completely full of love and part of this bigger picture, this miracle," Night remembers. "I wanted to sing to celebrate this incredible life that was occurring inside of me. I've never felt so spiritual."

When her children were born she sang to them each night to lull them to sleep and each morning so they would awaken with the wonderful sound of song. When she spoke to other moms who wished they could sing to their own children but didn't have the confidence in their own voices to do so, Candice decided to create this CD. Not only for her own children but for the moms who wished they had soothing songs to ease their child's journey into dreamland after the sun sets. So many parents enjoyed the songs so much, Candice was reticent in calling this a lullaby CD though that's what she originally intended it to be. Now created for children and adults to relax to she terms it "music to dream by."

On ‘Starlight, Starbright’ you will find new original melodies, some co-written and played with Ritchie Blackmore, some solo by Night; as well as a song originally written by her daughter Autumn when she was 1½. "I walked in one day and she was singing this beautiful song to her dolls as she lay them down to sleep. I recorded it on video without her knowing it and the song has always stayed with me since that first moment I heard it. It's called ‘Lullaby in the Night’. It was the first video I shot for the project as well." ‘Once In A Garden’ is another song that a video was filmed for from this CD. Starring Candice’s children as well as a wonderful group of other children playing pretend as children do, it's a beautiful song about their innocence that the video encapsulates perfectly.

Other songs from the CD include old and new favorites, all rerecorded with the Candice Night magic put to them. As the executive producer of this CD and the woodwind player as well as vocalist and lyricist, each sound recorded was done so under her careful direction to ensure the sound was the beautiful sound of what she felt lullabies should be. Night's velvety vocals add new dimension to John Denver’s ‘Annie's Song’, Plumb’s ‘In My Arms’, as well as Disney favorites ‘So This Is Love’ and ‘Baby Mine’.
Many other songs await you on this musical journey to the land of dreams. 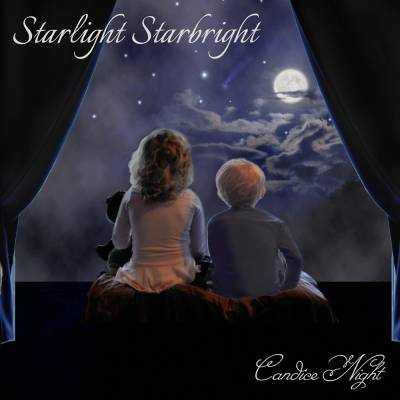