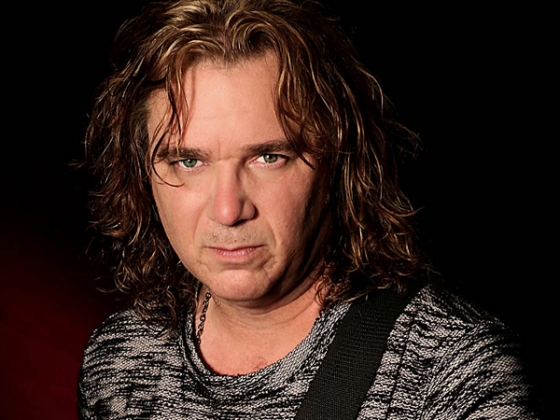 Guest Website
http://yesworld.com/
Guest Category
Arts
Music
News
TV & Film
Guest Occupation
Progressive Rock multi-instrumentalist/singer/ songwriter/ producer/ engineer/ pioneer
Guest Biography
Prog Icon Billy Sherwood To Release Solo Album and Career Retrospective – Now Available as a Direct Sales Offer Only!
On November 6th Frontiers Music Srl will Release Sherwood's Brilliant New concept album entitled 'CITIZEN'
Prog icon BILLY SHERWOOD, best known for his work with YES and CIRCA:, has made available his studio album DIVIDED BY ONE and a compilation called COLLECTION with a hand autographed postcard!
These two CDs and the signed postcard are ONLY available ahead of a mainstream release in October 2015!  Orders through this website are being sent out NOW!
Says Billy, “I’m very excited to finally have ‘Divided By One’, my 7th solo release come out on CD. I’m proud of the record and look forward to getting it out there, I had many requests to release it on CD as it was only for download till now.”
BILLY SHERWOOD is the current bass player in the band YES and will be touring with the band throughout 2015. Billy Sherwood was a key part of the line-ups which created the YES albums OPEN YOUR EYES, THE LADDER and was also part of the TALK tour. He recently mixed the band’s HEAVEN AND EARTH album and 2 subsequent DVDs.
DIVIDED BY ONE is Sherwood’s seventh solo album and this edition through Cherry Red is its first release on CD. This CD release will be eagerly greeted by YES fans especially in light on Sherwood’s recent return to the band in mid-2015.
Tracks include:
1. On Impact
2. The Scene Comes Alive
3. No Stone Unturned
4. Between Us
5. Divided By One
6. Sequence Of Events
7. Sphere Of Influence
8. Here For You
9. Constellation Codex
10. End Of An Era
COLLECTION is the ideal introduction to Billy Sherwood’s solo career and includes TWO EXCLUSIVE TRACKS. This edition through Cherry Red is its first release on CD.
Says Billy, “I’m happy to announce the release of ‘Collection’, it’s made up of tracks from each of my previous solo records. In addition to that there are 2 bonus tracks, one is a new yet unreleased solo track and the other is a cover I did of Sting’s song ‘I Hung My Head’”
Tracks include:
1. Drone Decipher
2. Seeing Through The Walls
3. Call
4. On Impact
5. Dying Breed
6. The Recurring Dream
7. What Was The Question?
8. I Hung My Head*
9. Dark To Light*
(* Previously unreleased)
The albums will be available through third party distributors and retailers on Backyard Levitation Records, via Cherry Red Records from October 30, 2015 release Billy Sherwood's latest concept album entitled CITIZEN.

Billy Sherwood created this concept album based on a lost soul that is reincarnated into various periods of history. "I was inspired by the notion that General Patton believed he was reincarnated on various battlefields through time; I wanted to take that concept even further." As the songwriter/producer, Billy placed the citizen character into significant moments of history.

The lead off track is called “The Citizen" which sets the stage for what's to come on the recording. “The Citizen” features Billy's longtime friends and members of the legendary Progressive Rock band Yes: bassist Chris Squire and former Yes keyboardist Tony Kaye.

Billy has written all the music and production is now in full swing. Guest artists joining Billy in this journey through music, time and space include:

Billy Sherwood was born in Las Vegas Nevada and into a showbiz family of talented musicians. His father was big band leader/musician/actor Bobby Sherwood -his mother Phyllis was a singer and a drummer and his brother Michael a singer and keyboardist. Now if that hadn’t convinced anyone that they were indeed a showbiz family how about the fact that his Godfather was legendary comedian Milton Berle. 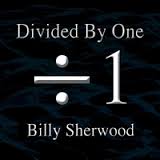