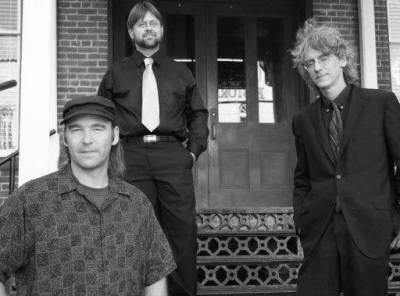 Ghosts. On. Television. Fleeting images on the screen, there and gone. Until they return again, conjuring up the past. The present. And sometimes the future ...

Bride of Chaotica's new fourteen song CD serves as a tribute to over a half century of television, broadcasting an array of exotic instrumental tracks ranging from the eerie elegance of the Pink Floyd - meets - Happy The Man incandescence of "Traumerei", to the intense firestorm impact of "Pagan Jeopardy", to the futuristic rendition of the '60's Top 40 folk-rock classic "California Dreamin", Additionally, the band's "live-studio" recording philosophy is embellished here with additional brass, woodwinds, keyboards, and strings on many of the tracks, creating a whole new listening experience for the trio's long time fans and supporters.

With the band's new emphasis on their classic British psychedelic-rock leanings, and deployment of the concise background arrangements that were first displayed on last year's EP 'Winter Tales', Bride of Chaotica's material is now shaded with instrumental drama only hinted at on their 2012 debut 'Bamboo Transistor'.

The new tracks on 'Ghosts on Television' are 3-D micro-movie soundtracks unto themselves, and yet they still feature the trademark Bride of Chaotica analog live classic-rock sonics that are the stock in trade for guitarist-keyboardist-arranger Bill Bechtel, bassist/synth-bassist Robert "Red" Redmond, and drummer/percussionist Tim Tuthill, who have been performing at festivals, clubs, art galleries, city parks, and video facilities on Florida's west coast since 2009. Taking their name from a classic 'Star Trek: Voyager' episode, the group's debut CD received rave reviews in international publications like 'Progressive Magazine', '10 Pages', and 'Big
Takeover Magazine'; and tracks from both the band's debut and subsequent EP 'Winter Tales' were featured on college and independent radio stations across the country and on National Public Radio's syndicated show "Undercurrents". Bride of Chaotica's new CD 'Ghosts on Television'  released on January 14th, 2017
by Longview Records. The release coincides with the 50th anniversary of the first Human Be-in, a gathering of the new counterculture tribes in the San Francisco area at Golden Gate park that drew an audience of 20,000 people and featured speakers such as Timothy Leary and Allen Ginsberg and music by the Grateful Dead, the Jefferson Airplane, and other bands of the new psychedelic era.

Bride of Chaotica's latest CD 'Ghosts on Television' is available from CD Baby, I-Tunes (through CD Baby), Amazon, and GooglePlay. 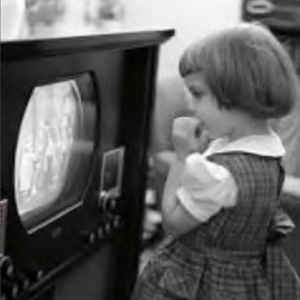