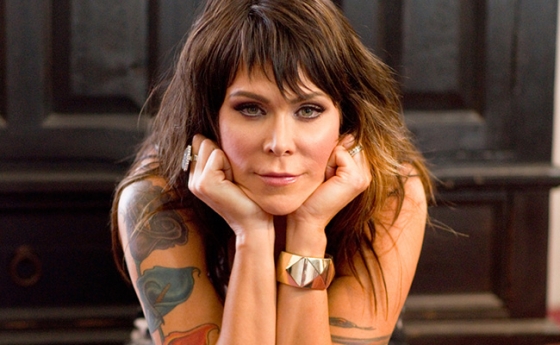 Grammy Award-nominated singer/songwriter Beth Hart has been recognized across the world as one of the great live vocalists of our time. For 20 years, she has been leveling audiences with her incredible power, range and soul. A Planetmosh critic said, “I was just blown away by Beth’s voice!”, and American Songwriter proclaimed, “Beth’s tough, throaty voice…she uses that powerful instrument to best effect on dramatic, arena filling ballads.” Four of the greatest lead guitar legends in the business knew this, which is why they asked her to perform with them: in concert with Jeff Beck, in concert and on two spellbinding albums (Don’t Explain and Seesaw) with Joe Bonamassa, on two powerhouse records with Slash (on Beth’s own track, Sister Heroine, and on Slash’s Mother Maria) and on a very special blues album (Rhythm and Blues) with Buddy Guy. It’s no wonder she’s been nominated for two Blues Music Awards.

Concert fans know her work all too well, because of the many distinctions her work has earned: • Hit single, L.A. Song (Out Of This Town) - #6 in the Billboard Modern AC Chart and #7 in the Adult Top 40 Chart. • Album, Bang Bang Boom Boom, made it to #3 in the U.S. Billboard Top Blues Album Chart. • Album collaborations with Joe Bonamassa, Seesaw and Don’t Explain, made it to the top (#1 and #3) of the Billboard Blues Albums Chart, to #8 and #22 on the Billboard Top Independent Albums Chart and into the Billboard 200. • Albums Leave The Light On and 37 Days (recorded live) each produced #1 hit singles in Denmark.

And her upcoming album release, Better Than Home, just may be her most profound statement to date, with soulsearching ballads and up-tempo building-shakers. She plans to follow up with an extensive tour that will pack houses all over the world. Time and time again Beth has sold out venues in cities as New York, Los Angeles, London, Paris, Berlin, Milan, Amsterdam, Copenhagen, Helsinki, Tbilisi, Sydney and Melbourne. But maybe her greatest live performance to date was seen by millions of television viewers, when her tribute to Buddy Guy on the Kennedy Center Honors Special received one of the only 2 standing ovations of the evening, led by President Barack Obama and his wife, Michelle. Every live performance gets a standing ovation, because no one knows how to rock the house better than Beth Hart. When she sings clocks stop, hearts dance and neck-hair tingles…it’s that compelling!

Beth Hart “Better Than Home” is her latest release …

This album isn’t about the problems Beth’s faced in her life. Instead, she’s choosing to find the good things that have been there all along: accepting and loving her parents for who they really are, appreciating a good husband, facing her fears head on and ultimately finding ways to heal and convert that positive energy into music that moves people. This is an incredibly moving, self written and composed, album that’s going to reach people on a very personal level, because a one-of-a-kind artist found the perfect formula for exposing her very private inner voice and empowering it with her legendary outer voice. Because of that, it simply doesn’t get better than Beth Hart’s, self written and composed, Better Than Home.

03 Tell Her You Belong To Me

07 We’re Still Living In The City

11 Mama This One’s For You (bonus)* *Bonus track: available on limited edition only. 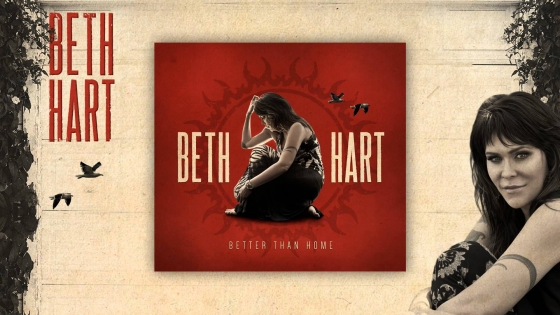