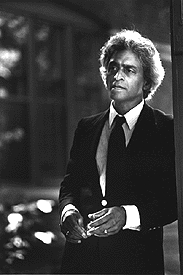 Ashok Gangadean, Ph.D., is truly an international connection. An accomplished author, lecturer and philosopher, Dr. Gangadean has worked with numerous organizations such as UNICEF and the United Nations. He has written several books on global reason, philosophy and dialect and is Founder/Director of the Global Dialogue Institute, which specializes in cultivating common ground and deeper global awareness among diverse worlds in our emerging global communities. He was the first Director of the Margaret Gest Center for Cross-Cultural Study of Religion at Haverford College and has participated in numerous professional conferences on inter-religious dialogue and East-West comparative philosophy. Dr. Gangadean has appeared on NBC News and CNN Headline News, in addition to being a guest on the national series Thinking Allowed

Biographical Note
Ashok Gangadean is Professor of Philosophy at Haverford College (Haverford, PA) where he has taught for the past thirty nine years. He was the first Director of the Margaret Gest Center for Cross-Cultural Study of Religion at Haverford, and has participated in numerous professional conferences on inter-religious dialogue and East-West comparative philosophy. . .

Reflection on the Evolution of my Research, Scholarship and Teaching: Setting the Context for my Work
Four decades ago my early focus began in the areas of Logic, Ontology and the Philosophy of Language. My primary concern over the years has been to seek to advance the perennial search for the fundamental grammars of thought (logic of consciousness), the grammars of reality (formal ontology) and the deep structures of language and discourse (logic of natural reason). .