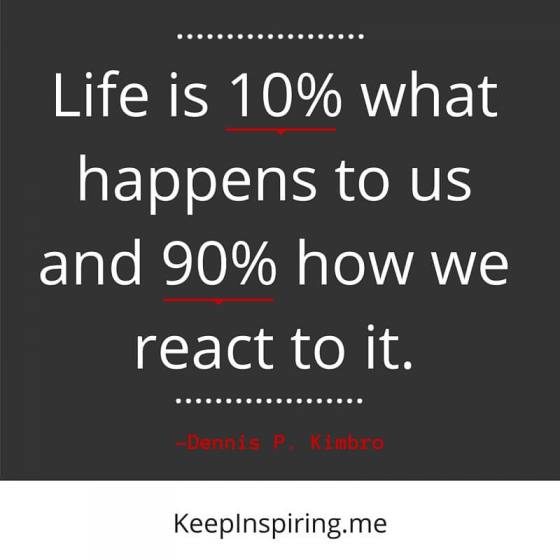 An excerpt from my upcoming book
Summary

An excerpt from my upcoming book

Chapter Seven: Can we Resist Homo Machina? Knowing Ourselves

Being human always points to something or someone other than oneself. The more one forgets himself by giving himself to a cause to serve or another person to love, the more human he is and the more he actualizes himself. Such happiness cannot be pursued, it must ensue. Self-actualization is not an attainable aim in an individual sense because the more one strives for it, the more one misses it. Self-actualization is possible only as a result of self-transcendence in the service of something higher than one’s self. ― Viktor E. Frankl, Man's Search for Meaning (1946)

A people can never know themselves, merely the myth of themselves. Only to a man is granted the possibility of self-knowledge, after a lifetime of suffering. – Ralph Waldo Emerson, Reflections (1858)

If we take "freedom" to mean the responsibility of each individual to shape their personal and social existence, then it can be said that there is no greater fear among the masses of today than the fear of the creation of general freedom. Unless this problem is solved, there will never be a freedom capable of lasting more than one or two generations. - Wilhelm Reich, The Mass Psychology of Fascism (1934)

“Your proposal is all very well, but who will bell the cat?” asked an older mouse. The mice looked at one another but nobody spoke. Observed their elder, “It is easy to propose impossible remedies”. – Aesop’s Fables (580 BCE)

Impossible is a word to be found only in the dictionary of fools. – Napoleon Bonaparte, 1813

Our Assembly gatherings had been large and enthusiastic for some weeks. Angered by the COVID measures and determined to do something, the people of Parksville had thronged to our Oceanside Common Law Assembly. On the crest of their passion, over one hundred of them had passed the first law in Canada that outlawed masking, distancing, quarantining, and forced vaccinations. But then, on August 29, 2020, the Assembly members were reminded that it was up to all of them to enforce that law in their own community. In short, they were asked Which of you will bell the cat of the COVID police state? That is when our people became mice. And soon after, in fear and disarray, they were pounced upon by the cat and scattered in every direction.

The bribes that were given and the dire threats issued by the police operatives in our ranks would have had little impact on a free, mature, and united people. Our adversary found soil in which to grow in the pre-existing fear and dependency that the Assembly members had never outgrown. In that sense, the people of Parksville had neither learned or earned the right to drop their chains and assume the joyous burden of liberty.

This pattern has repeated itself so often that it nearly beggars imagination. Indeed, there is not one of our Assemblies that has not been struck by the same kind of self-sabotage by its citizens. And since it is undeniable that “The fault, dear Brutus, is not in our stars, but in ourselves”, it is essential that we not only know ourselves before we attempt to govern ourselves but can act on what we know and break from our habitual thoughts and responses acquired over a lifetime of functional slavery. In practice this is more difficult than can be imagined for the simple reason that people have no experience of what it is to be free, and its presence is a threat to them the nearer it approaches.

In his Social Contract (1743), Jean-Jacques Rousseau wisely advises us to begin with people as they are and not how we imagine them to be. And who we are as fundamentally social animals are those who are shaped by a class-regimented culture where the few rule the many, especially their thoughts.

Thus, when we examine people as they are we find that they have been made structurally incapable of being autonomous and governing themselves. For millennia, our natural state of freedom and equality has been conditioned and bred out of us to serve the needs of an urbanized class society.

As Rousseau states so succinctly in his Discourse on the Origin of Inequality (1755),

The first man who, having fenced in a piece of land, said "This is mine," and found people naïve enough to believe him, that man was the true founder of civil society. From how many crimes, wars, and murders, from how many horrors and misfortunes might not any one have saved mankind, by pulling up the stakes, or filling up the ditch, and crying to his fellows: Beware of listening to this impostor; you are undone if you once forget that the fruits of the earth belong to us all, and the earth itself to nobody.

Not only have we forgotten our natural state of being, but our amnesia is so institutionalized in society and its Group Mind that any effort by us to reassert our nature is crushed by none other than we ourselves. This self-destruction becomes truer and more rapid the larger the group of people who try to assert their freedom.

In that sense, it has become a hackneyed cliché to speak of the inevitable counterrevolution that supplants the overturning of an old regime. But that political and social regression is nothing less than the outward manifestation of the psychic self-sabotage that quickly yanks people back from the yawning abyss of freedom into the accustomed and comforting routine of the slave pen we call civilization. That bondage has been our social reality for countless generations, and our learned servitude will not be altered by any amount of spasmodic political liberation. A deeper transformation is required.

The real question is how possible such a fundamental change is in our time and place, considering human social evolution for what it has become. For the innate human impulse to fluidly transform with circumstance is constrained by a suffocating global culture.

Individual liberty, prowess and autonomy were for hundreds of thousands of years naturally selected human qualities that facilitated survival in small, nomadic hunter-gatherer bands, and even in settled tribes. But the rise of urbanized, class-based “civilization” increasingly divorced from nature selected human behavior in the opposite direction, towards the social uniformity and control that would ensure the huge levels of food production required by the city’s populace. Within each of us is the lingering genetic memory and desire of the freedom of the wilderness, contending in a losing battle with the facts of our managed lives. People speak of governing themselves like they are capable of it but then discover they cannot and will not as they baulk at taking on the burden and dangers of personal freedom. As dutiful denizens of Metropolis cum Necropolis, they can do nothing else.

This dilemma is the source of the inescapable human neurosis Sigmund Freud discusses in his Civilization and its Discontents (1939). The repression of our innate nature and impulses by the sterile requirements of society produces not only neurotic people but the machine-man “Homo Machina” that is required and is being fashioned by today’s Corporatocracy.

The essence of that cybernetic organism is embodied in the Mask that smothers people. That covering hides and kills the naturally fluid and rich expressions of the human face which reflect our humanity. In that sense, the name “mask” is revealing, since it derives from the Greek word for “person” (persona). A new being is created by the mask, namely a fixed object, like any machine component. But the mask achieves much more than a dehumanizing concealment, as Elias Canetti describes in his Crowds and Power (1961),

A human face is understandable and clear, but a mask is neither. It is a conclusion, a separating of the living from the dead. Once the mask is in position there can be no more beginnings, no groping towards something new. It is fixed; the thing it expresses cannot change. Above all the mask separates. Its power derives from the fact that what it covers is never known, like a symbol of what every ruler longs for: the anonymous mystery of absolute power that hides the tyrant’s real intent.

The purpose of every ruler is to hide his appearance and by extension the appearance of everything related to his reign, for then he can control the perceptions of those he rules. That is why he fears above all else being unmasked. This condition breeds in all power holders a condition comparable to paranoia: a constant dissimulation posing as truth.

Rulers, like paranoiacs, must continually lie to avoid being unmasked. By enrolling his subjects into the same deception, he prevents them from unmasking him, for they are now all wearing the same disguise and have a common vested interest in the ruler’s lie. People who initially hate wearing a mask will often end up clinging it to their face constantly, for they have become the official disguise and they fear becoming naked and revealed by losing it. The universal wearing of the mask is thereby the surest sign of the triumph of a dissimulating corporate group mind upon humanity. But conversely it also poses the greatest possible threat that everything will be unveiled because there is only one Group Mask to pull away, after which the complete lie stands exposed.