Skip to main content
As You Wish Talk Radio 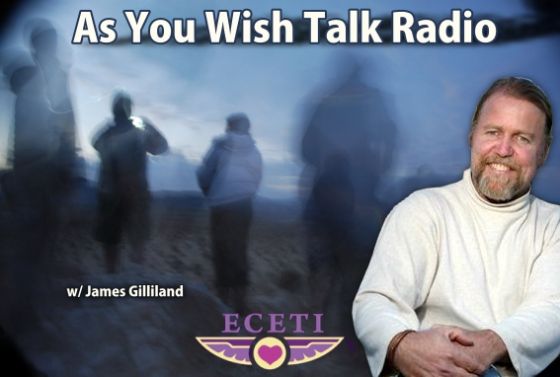 James gives his insights on the 6D energy waves that are hitting the planet during January 2107.

I think the best title for this newsletter is

I have observed some beyond realistic behavior on a grand scale unfolding on every level and if we are going to survive the days to come we are going to have to get back to basics. We are also going to have to do our own research and develop our own inner sensitivity or what some bluntly refer to as BS meter. Our last administration did bring transparency. What was transparent is the corruption and double talk; which has been epidemic. The BS meter was and still is in the red. Humanity is waking up and what the controllers did not count on is the soul awakening and the Internet both of which are instrumental in their demise. The Fake news or lame stream media owned by the corporations; just several men gave rise to alternative media because of its failure to tell the truth. The double speak is to accuse the alternative media of being the fake news. Almost everything coming out of the past administration was double talk. All the accusations of others defined exactly what they have been and are now doing.

The sad thing is a large portion of the masses is gullible and _be lie ve_ in the propaganda delivered daily by the lame stream media. They are being led like lemmings to participate in their own enslavement and eventual demise.  They are rioting and marching to a tune played by the very people whose behavior they detest but cannot accept. Its like a bad marriage where one mate refuses to accept the obvious. It is getting so ugly denial is not an option.

The ascension waves are bringing all of this up for everyone to see. We are still in the middle of one of these waves it ends on the 11th. The good news if you are on the path to enlightenment another wave begins on the 11th and lasts for 7 days. The peak of this wave is right around the 14th; which many are screaming it is the end of the world. The world did not end with the last waves nor will it end with this one. There is a planetary alignment where all the planets are participating. If you understand the electric universe this will explain the incoming energies yet what many are not aware of is the higher dimensional beings take advantage of these planetary  alignments.

This new wave is coming in from the 6th dimension. Light and energy is conscious. This wave will carry with it Universal law, Healing energy and a golden opportunity to take a quantum leap in consciousness. Love heals and the most powerful energy in the Universe is Love. It is a formidable force and to try to stand against it will traumatize those who wish to continue with the tyranny and enslavement. As if they are not already going insane as demonstrated by their actions.

This is what is being acted out in your political arena and social consciousness. Their consciousness and energy grid is collapsing. Their unseen overlords are being removed and they are like gangsters without a boss. They are also fighting among themselves for power and wealth completely unaware that the rug is being pulled out from underneath them. They cannot and will not function with the increase of consciousness and energy. They are not frequency specific to the Earth and her ascension process. As the prophecies foretold the beast is consuming itself. You will see the beast come forward in the elite families, the banksters, the politicians, the movie industry, religious institutions almost every disempowering organization designed to enslave the masses.

Fasten your seatbelt because this ride is going to get crazy. Your bodies are going to go through all kinds of challenges. Your past is going to come forward, with some it is feelings of sadness others anger. Many will be processing at night with vivid dreams of past events. Some may get a peak into the future. It might be a rollercoaster of illness followed by feeling great, sadness followed by bliss. The prophecy I can give you with 100% accuracy is there is going to be a lot of change.