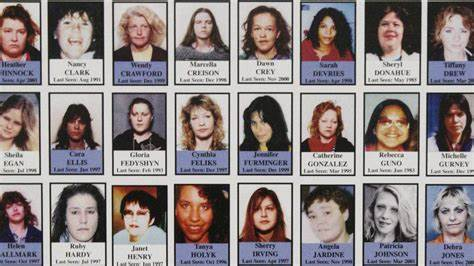 Talk Show
Here We Stand
The burial sites on our campus, and the UBC Alumnus who exposed the Canadian Genocide September 2022
Summary
Two Vital Messages to the University of BC Community from UBC Alternative Reports:

The burial sites on our campus, and the UBC Alumnus who exposed the Canadian Genocide

The Crime Scene called UBC: Who and what is buried on our Campus?
A Special Edition of UBC Alternative Reports, September 2022

Two Vital Messages to the University of BC Community from UBC Alternative Reports:

The burial sites on our campus, and the UBC Alumnus who exposed the Canadian Genocide

The Crime Scene called UBC: Who and what is buried on our Campus?
A Special Edition of UBC Alternative Reports, September 2022

Hey people! Wrench your gaze from your iPad for a moment! This concerns you, and how paying your tuition makes you an accomplice in crime.

Just south of the UBC campus is the Musqueam Indian reserve and a persecuted man named Les Guerin. Les lived there all his life and worked on the grounds crew. But now he is in hiding because his life has been threatened for what he knows.

"It started the night I saw a guy unloading bags near the garbage dump and burying them there. Later I recognized him as Dave Pickton, brother of serial killer Willie Pickton. I dug around there later and found a bunch of bones Pickton had buried. I took them to SFU forensics, and it turns out they were the bones of young women mixed up with pig remains. Dave Pickton was even hired by the Musqueam band.”

Les took his discovery to the police and the press. He was told to keep quiet about it and threatened by police and Musqueam officials. Later, when he talked about what he'd found, he was fired by the Musqueam band and forced into hiding.

"For years I was friends with Wendy Sparrow, Ed John, and the other Musqueam chiefs, and I learned about the child trafficking and the guns and drugs they bring in through Celtic Shipyards. There’s body dumping sites in at least three spots on the UBC campus, not just at Musqueam. UBC is provincial land so it's under RCMP jurisdiction. The Mounties have made many of our native women go missing. So what better place for them to hide the remains of the ones they’re killing now?"

In a report issued in 2017, Human Rights Watch (HRW) of New York City claimed that the RCMP is directly implicated in the disappearance of indigenous women across B.C. In their report, HRW documents how Mounties routinely rape, torture and imprison west coast native women, and often these women then vanish. The HRW claims that "many hundreds of First Nations women in British Columbia are going missing at the hands of police under a fog of official deception." Les Guerin adds, “But it’s China who is behind it these days, to grab all the resources.”

The UBC campus is flush with money from corporations that force natives off their land and disappear them to grab their resources; companies like Weyerhauser, PetroChina, Timber West, and B.C. Hydro. Natives claim that these companies fund private death squads to terrorize and kill native families, especially in the north.

Past members of UBC Board of Governors (BoG) are a Who's Who of this criminal corporate elite, including former BoG Chair Stuart Belkin, Timber West's founding Director and UBC Chancellor Lindsay Gordon, CEO of the drug cartel money-laundering syndicate known as HSBC Bank. The present politically-correct BoG members are put there to camouflage these criminal connections of the university.

Our homegrown genocide has been around since the first missionaries spread vaccine-induced smallpox among west coast aboriginals during the 1860's. Fourteen mass graves of Indian residential school children dot the province, holding the remains of thousands of innocents murdered by the Anglican, United, and Catholic churches, which make regular endowments to our university. UBC has reaped the bloody fruit of the conquest that wiped out nearly one million original people and continues to destroy them!

Do you still feel like paying your tuition? Under international law, you’re committing a crime when you fund proven criminal organizations. Check out the evidence at www.murderbydecree.com .  And follow the campaign to stop these crimes by tuning in to www.bbsradio.com/herewestand every Sunday at 3 pm.

On July 29, Pope Francis shocked some Canadians when he publicly confessed that his Catholic church committed genocide on Indian residential school children. But the man who forced the admission is not surprised by the news. He is a UBC Alumnus named Kevin Annett. (M.A. 1986, MDiv.1990)

Kevin Annett was a doctoral student in Educational Studies in 1996 when he made the discovery that changed the world. Today, he recalls the moment vividly.

“I never dreamed that the proof of Genocide in my own country was in government microfilms in Koerner Library. But the Indian residential school records I found showed that over half the children were dying every year after being deliberately infected with tuberculosis by the church staff, who then covered it up. It went on like that for over a half century. The churches and government knew all about it.”

The moment was a crossroads one for Kevin, Canada, and the world. Meeting hostile opposition within his own Educational Studies department, Kevin went public with his research. He set in motion a movement that forced Canada and the Catholic, Anglican, and United churches to admit that tens of thousands of children had died in their Indian “schools”. Doing so won Kevin nominations for the Nobel Peace Prize, but it caused his expulsion from UBC and blacklisting across Canada.

Kevin persisted. Working with native survivors across Canada, Kevin spent the next two decades exposing and prosecuting Canada and its churches for genocide. Their David and Goliath battle gradually provoked the reparation payments, public “apologies”, and legal victories that forced the admissions of genocide by Prime Minister Trudeau in June 2019 and Pope Francis last July 29. In the words of former federal MP Gary Merasty, “Kevin Annett made us all sit up and take notice.”

Ironically, Kevin remains a “prophet without honor in his own land”, despite being publicly vindicated. He continues to be blocked from lecturing at UBC, and his authoritative research and books proving the residential school genocide are censored from UBC courses and libraries. But Kevin has kept a positive, long view.

“My blacklisting at UBC continues because the genocide is still happening, and the university is implicated. The same corporations and churches that fund and endow UBC continue to force native people off their lands and cause their children to be trafficked and killed. But all the censorship can’t bury the truth of mass murder.”

Kevin Annett continues his public campaign to end that genocide and prosecute the governments, churches, and corporations responsible. He is a riveting public  lecturer, and the author of twenty books and the award-winning documentary film Unrepentant (2007). But his main work remains among the indigenous people who owe him so much, and have adopted him into the Squamish and Ojibway nations.

Kevin Annett can still be found on the UBC campus, where he grew up and earned Master’s degrees in Political Science and Theology. He offers free seminars in his work as part of his witness to the more than 65,000 children who were killed and buried in secret at what Kevin calls “Canada’s Christian death camps.”

Kevin’s work can be found at www.murderbydecree.com and www.republicofkanata.org . His public blog program Here We Stand is broadcast live every Sunday at 3 pm pacific at www.bbsradio.com/herewestand . Kevin can be reached at angelfire101@protonmail.com.