Shutting Down the Myth of a Government Shutdown 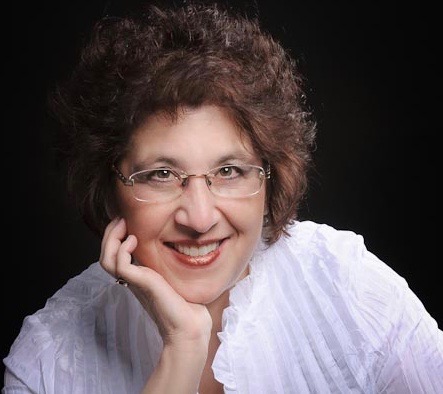 TOWNHALL: Shutting Down the Myth of a Government Shutdown
Summary

Kataline dissects the myth of a government shutdown and why politicians and bureaucrats want us to be so scared of it.

The looming threat of a government shutdown reminds me of the joke about an unwanted door-to- door salesman who keeps threatening to leave. He’s still oblivious after being told repeatedly, “Come again when you can’t stay so long.”

Most of us who loathe the hubris of ever-growing government breathe a sigh of relief whenever politicians and bureaucrats take a holiday. Yet, they proceed with the narrative that we are more terrified of a shutdown than say, allowing thousands of unvetted immigrants to storm our borders in violation of our immigration laws. By the way, if we demand that the caravans of illegals go back home, their organizers will be happy to honor our request if we pay them 50K a head.

I always love when people underestimate Donald Trump. The last time someone tried to blackmail him, they ended up having to pay his legal fees.

As with so many disconnects between the people and the “elites,” these days, the narrative precedes the reality in hopes that a dutiful press will create that reality. A shut down shines a brighter light on how full of themselves the Deep State really is. They cry, “You can’t live without us!” Much of what they do is designed to bring about that very outcome. If we dare to think otherwise, they’ll really fix us and “threaten” to shut down the government.

It never gets widely reported that, even if we would prefer that they shut down this behemoth of freedom-sucking excess, there never really is a shutdown. Perhaps the greatest irony is that those in Congress who regularly use this as a political bargaining chip would be exempt from its effects.

Most lower-level government employees though inconvenienced, would be paid eventually. It’s no coincidence that they are the ones who have no control of how or when the lights are turned back on. What a great example of having the power to make “rules for thee but not for me.” No wonder politicians campaign so hard to keep those valuable seats.

What lawmakers may be most afraid of in a government shutdown is that this ruse will be more evident to a greater number of citizens. We might actually say, “Come again when you can’t stay so long.”

Word is that President Trump is considering a counter-offer that would prevent the shutdown by kicking the border wall fight into next year. Whenever I hear he’s “considering...” I look for the reason Trump is putting that out for his opponents to chew on—especially those on the Republican side.

Such an action would be unworthy of the president’s usual negotiating prowess. He will be in a much weaker position come January and he’s plenty smart enough to know it. Part of what he banks on is how his abundant political opponents continue to underestimate him.

The president should remind people that the last time the government shut down for 16 days in 2013, costs were estimated at over 16 billion dollars. That’s enough to pay for the wall five times over.

That exposes yet another ruse. The Democrats have given numerous reasons why they oppose the wall, but their true motive isn’t about any of that. It’s only about not letting Trump have a political win and keep his promise—certainly not one as big as this.

Democrats are once again willing to ignore serious threats to American citizens; cost over-runs, loss of jobs and the physical dangers associated with a continuing influx of unvetted immigrants. All of this, only to advance their political goals.

If our president has taught us anything, it has been how to call the other side’s bluff. However, establishment Republicans haven’t been interested in learning how to fight back, except against Trump himself. They’ve been working at cross purposes with him on a host of issues and even sabotaging his successes on others.

The presence of Trump has exposed many of his opponents’ secrets. In the case of Republicans, one secret is that they’re not that invested winning or in governing. As long as they are in Congress, they get the benefits of power. As a matter of fact, being in the majority could be less appealing. They’d have to do all that work.

President Trump is so skilled at keeping us guessing, I'm not sure what he'll do next, but you can be reasonably sure that Republicans will be clueless and Democrats will be furious.