Proudly Canadian: Doing Right by all our Pets 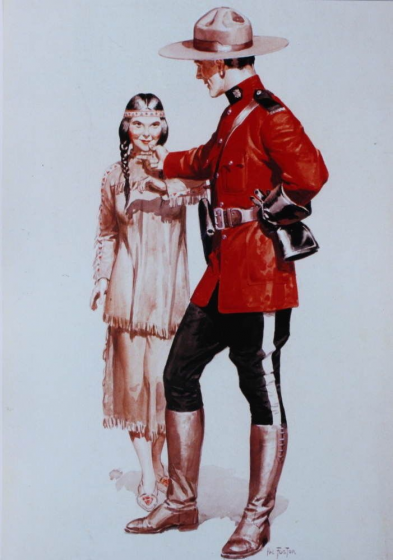 Here We Stand
Proudly Canadian: Doing Right by all our Pets
Summary

Proudly Canadian: Doing Right by all our Pets
by Kevin D. Annett

Proudly Canadian: Doing Right by all our Pets

My bleeding Canadian heart was so relieved the other day when I read that a government forensics team has hurried to our west coast to disinter and properly bury the remains of some of those adorable Husky sled dogs that were executed by a firing squad soon after the Vancouver Olympics. And while nobody is saying, well, why exactly the pups were shot, hell! Never let it be said that we aren’t a well-intentioned people! We know how to appear to do the nice thing, after the fact - at least when it comes to our animals.

It's no doubt true that we come by our nice gestures honestly - and by way of the British. For example, sometime around the time of the Great War that Didn't End a Single War, when over a thousand miners in South Wales had died from pit explosions and on the job accidents, King George the Fifth wrote an indignant letter to the mine owners of the region, demanding that they treat their pit ponies more humanely.

The mine owners complied, naturally, being a caring group of chaps.

A few years earlier, after deliberately starving the whole Irish nation and shipping out record boatloads of wheat and cattle from their lands, Queen Victoria and her Church of England sent caring Christians to Cork and Dublin to see what aid could be brought to the ravenous multitudes there in the form of workhouses for the poor. The Irish, like the mine pit ponies or any other workaday animals, were worthy of compassion, what?

Well Gosh darn it people! Considering this inspiring tradition of our superior Anglo-Saxon civility, I suggest we all pitch in and give a hand to those nice forensic investigators, and get to the bottom of that horrible crime committed against a bunch of innocent sled dogs! After all, being from Ontario the diggers might not know their way around coastal British Columbia, and they may end up disinterring the wrong mass grave: like one with Indian women and children in it. And that wouldn't be very nice at all.

You know, I once had it all wrong about my country. I thought that Canadians just didn’t care about dead Indians. Back in the spring of 2010, when not a single cop, politician or reporter replied to my published list of 28 mass grave sites near former Indian residential schools, I assumed that it was because they were all indifferent to aboriginal people. I thought, with typical liberal arrogance, that when hundreds of native women went missing and the RCMP said there were only nine unaccounted for, it meant that the Boys in Red were trying to cover up murder, including their own misdeeds.

How wrong I was! Of course we care! Being not citizens under our law but wards of the state, the Indians are less than human, after all, and therefore are worthy of our long tradition of care and animal husbandry.

We've allotted the aboriginals the kind of care they legally and morally deserve, as we do to all our pets. First, after eliminating and breeding out the savage ones among them, we domesticated, neutered and trained the rest to do our bidding. Today, we confine them to kennels called reservations and toss them some of our scraps. When we decide that a wrong has been done to them, we establish a Royal Commission to study the problem for many years and then shelve its report in Ottawa. Then we pat them on their heads and toss them a treat.

Of course, sadly, sometimes animals go astray, and need to be hunted and put down. The herd has to be kept managed, after all. The Indians aren’t like you and me, and they haven't exactly been chomping at the bit to dig up the remains of their own people who have died. We wouldn’t let them, of course, but that’s beside the point. A house broken animal knows its place.

Again, thanks to our own special Indian Act, the red skins have no need of the prerogatives of citizenship, like the right to refuse medical treatment or enjoy due process. We take care of our Indians. We know their needs better than they do. We will provide them all the compensation and apologies and healing and reconciliation that they will ever need.

So why in God’s name should we disturb this special, thoughtful arrangement by digging up the wrong mass grave?

You know, it’s so good to live in a country like Canada, where animals get treated the right way - and here even the lowliest creature can receive a proper burial and a criminal investigation. We care that much.

Kevin Annett was re-nominated for the Nobel Peace Prize in 2015. Messages for him can be left at 386-323-5774 (USA). See the evidence of genocide in Canada at murderbydecree.com and itccs.org

Murder by Decree: (This book is also posted online at murderbydecree.com )