Lessons from My Enemies: What I learned at Fourteen 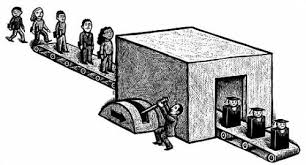 Lessons from My Enemies: What I learned at Fourteen
Summary

Lessons from My Enemies: What I learned at Fourteen
by Kevin D. Annett

Lessons from My Enemies: What I learned at Fourteen

We all learn the score at a tender age. It happened for me when I was barely into puberty.

University Hill school lay mostly hidden in the murky foliage that separates the UBC campus from the rest of Vancouver. In those days its coddled denizens were mostly the kids of college professors and nouveau riche business types, or random elements like me. It was a world unto itself, and it embodied everything with which I would one day contend.

At the time my friends were few, and they became fewer with each passing year. I didn't expect or wish for the loss of those companions, but the more I raised the blinds on our snug abode the clearer things became. And like so many times in my life, the incoming radiance caused those I knew to run for cover, and to hate me for it. But first my own scales had to fall.

Her name was Jacquie Cohen, and she strode the school's halls like it was her own private cabana, which in fact it was. Jacquie's father owned the Army and Navy department store chain, along with a clutch of judges and politicians; and on her sixteenth birthday he gave her a new convertible even though she wasn't even licensed to drive. Soon after that Jackie killed someone with that car – a tourist with three children who stood in her hurtling path – and she never saw a cop or a court room.

From the Principal on down, everyone at University Hill knew that Jacquie Cohen and her two siblings were untouchable. Whether or not they attended classes or jumped through the hoops held up to the rest of us was their concern, not anyone else's. And woe betide those who thought otherwise.

A year or so after claiming her first victim, Jacquie killed a second fellow: poor Matt Spitzer, a brilliant young kid who was my neighbour. At one of the Cohen's regular Friday night debaucherees, she laced Matt's drugs with strychnine and fried his brains, reducing him to a babbling incoherency that only ended when he killed himself. Matt's parents were a respected university family, but they never pressed charges.

Most of my colleagues held the Cohens in a fascinated dread, but my disgust boiled over whenever Jacquie or Casey sauntered down the halls in their chic Paris fashions, tagged after by their latest coterie of sycophants; or when their brother Jeff cursed and ridiculed teachers to their faces and sped away in his own sports car in the middle of school hours, without consequence. I soon saw the institutional farce for what it was: the way things were supposed to be, and the way they actually were. And even at fourteen, I knew that it all had to change.

The opportunity to confront the big lie came for me when I entered grade nine, and my fellows elected me into the quaint band of minions known as the student council. Taking my place at the council table with a certain "Mr. Smith Goes to Washington" affectation, I soon noticed Mr. Lower, the Vice Principal, seated imposingly at the head of the table.

"What's he doing here?" I whispered to my neighbour.

"Oh, he's our supervisor" answered the girl matter of factly.

Sure enough, Old "Limpy" Lower was the boss. He held the veto on any of our decisions as a "democratic" student body, especially if we strayed in our discourse from acceptable topics like arranging school dances and fund raisers. I found that out the hard way on my very first day in office when I made a motion that the locked and dormant lounge next to the school library be opened to general use for we the students.

"That's unacceptable" barked Limpy, who'd apparently received his hobble from a German bullet on the Somme.

The room went cold and quiet the way things get when everyone knows a blow is about to fall. Mr. Lower glared at me like I was an advancing Hun.

"Move on" he ordered, turning to Greg Crompton, the insipid student council president whose good looks and friendship with Jackie Cohen had won him the election. Greg blanched and nodded. And that was that.

I was tagged after that. Complete strangers tossed me frightened glances in the hallway, and my friends began stepping back. Teachers eyed me with suspicion in class and started making life difficult. My popularity plummeted and I found myself sitting alone a lot. And that was even before I began my one-man campaign to turn the table.

"We're supposed to be an elected body. Then why can one adult veto our decisions? Is that how a democracy runs? How can we be citizens of a democracy one day if we can't practice democracy as youth? So until we are an independent student council without an adult supervisor none of us should pay our student council fees and we should boycott student council elections. Mr. Lower has to go!"

The fifty faded copies of my leaflet spread like wildfire through University Hill. A rippling and horrified excitement gripped the halls for a few days. I didn't sign my appeal for self-government but everyone knew who had written it, starting with Limpy Lower. He grilled me for an hour in his office but I didn't admit a thing. I knew instinctively to lie low in the face of a bigger opponent until more support for me emerged. But it never did.

Well boys and girls, high school student councils continue to remain the puppet appendages of the adult world, democracy is a nice idea, and the Jacquie Cohens continue to pull the strings and get away with murder. As the heir to the Army and Navy fortune, Jacquie went on to fund her school mate Gordon Campbells's political career into the Premiership, as well as the 2010 Olympics and its Pacific drug cartel crime partners. And only a few of us recall Matt Spitzer or all the other hit and run victims.

Soon after I departed University Hill forever, my buddy Joe Hendsbee, the communist longshoreman who survived RCMP bullets and Mob hit men in the course of leading unwinnable strikes, mentored me through my next step. One night, over more than a few beers in the Lotus hotel, we were discussing how to turn the tables on the mighty once and for all. He stared soberly at me for a minute and then exclaimed,

"Christ, I'm sixty nine now. I've been fightin' this shit for more'n fifty years an' I can't say I've changed much of goddamn anything. But at least I didn't let the bastards change me." 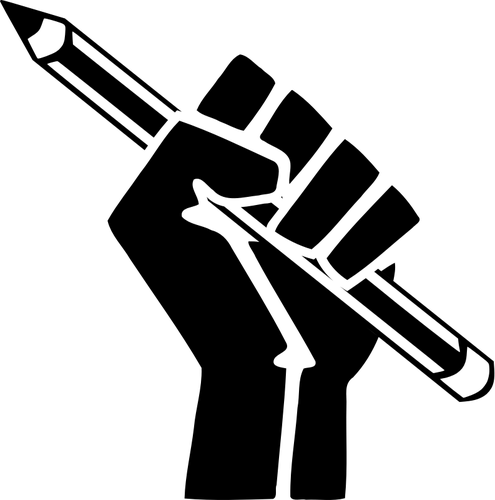